Arizona Secretary of State Michele Reagan responded via Facebook to the information in my previous article. She blamed Maricopa County election officials for the dearth of polling places in Scottsdale and the long lines. She also blamed a third-party contractor for malfunctions in a polling place locator website/page which has her photo at the top.

Her IT folks have built a new website–http://www.arizona.vote/polling-place–which actually seems to work. But the main problem remains: there are no polling places in South Scottsdale.

Here’s a map from the Arizona.vote website. Where it says “Scottsdale” is actually South Scottsdale. Note the lack of polling location pushpins. I wonder how the turnout will be from South Scottsdale voters? 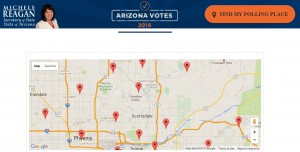 Actually the state legislature has ultimate responsibility, but invested that decision with each of the counties’ boards of supervisors via ARS 16-248. 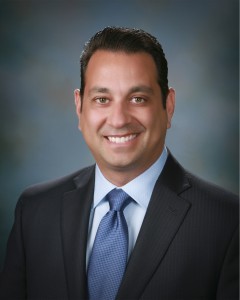 I have no problem letting Reagan point one finger at the BoS, and in particular the District 2 sup, Republican Steve Chucri. http://www.maricopa.gov/bos/. You will recall that Chucri is a liquor industry lobbyist-extraordinaire whose office was in the heart of Scottsdale’s bar district …funny, you never have any trouble finding a BAR in Scottsdale.

However, the Secretary of State (Michele Reagan) is specifically authorized to release the county from limits on maximum number of polling places.

“The Secretary of State has the authority to release a county from the limit on polling places, if compliance with state and federal regulations would be jeopardized.” (from the 2014 Election Procedures Manual): https://www.azsos.gov/…/election_procedure_manual_2014.pdf