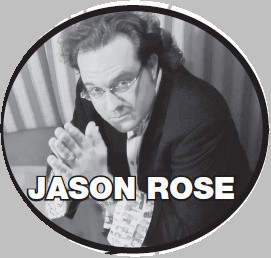 In the “must be nice” category, local public relations guru Jason Rose and his wife, local attorney, Jordan, made the paper this morning with their new home purchase.

Topping the list of this week’s priciest home sales in the Arizona Republic’s real estate round-up is the Roses’ acquisition of a $3.4 million, 5,385-square-foot beauty on the eastern side of Mountain Shadows Golf Club in Paradise Valley, one of Rose’s clients.

Polishing the images of clients like Sheriff Joe Arpaio, LifeLock and Pink Taco [not to mention Scottsdale mayor Jim Lane] evidently buys a lot of bricks.

I was doing a little background work on taxpayer-funded subsidies in Scottsdale and stumbled across this rather excellent short article by Ray Stern from a few years back.

If you ever look at ScottsdaleCitizen at all, you’ve seen my numerous articles about how Mayor Lane always votes in favor of taxpayer-funded subsidies for Jason’s polo matches (because we all know THAT’S a good use for taxpayer money, especially when we–the City–are borrowing millions of dollars to fix potholes because we can’t fund it out of our “balanced” budget General Fund revenues).

And Jason must be personally struggling to fully fund his polo parties. Though if he paid cash for his mansion, he doesn’t have a mortgage payment. So his maid service is taking a bite out of his wallet.

I also note with some humor our “local boy” Jason loves Scottsdale so much that he actually lives in Paradise Valley, though his office is in a Scottsdale Canalfront building for which Mayor Lane voted to give a zoning concession (additional height).