Creepy Crawford crawls out from his crevice

I blocked Bill “Creepy” Crawford from my social media feeds awhile back (along with a couple of other whackos), and my life has been much better. However, once in a while, Creepy’s crowing sneaks through my filters, as did this post on the NoDDC Facebook feed. 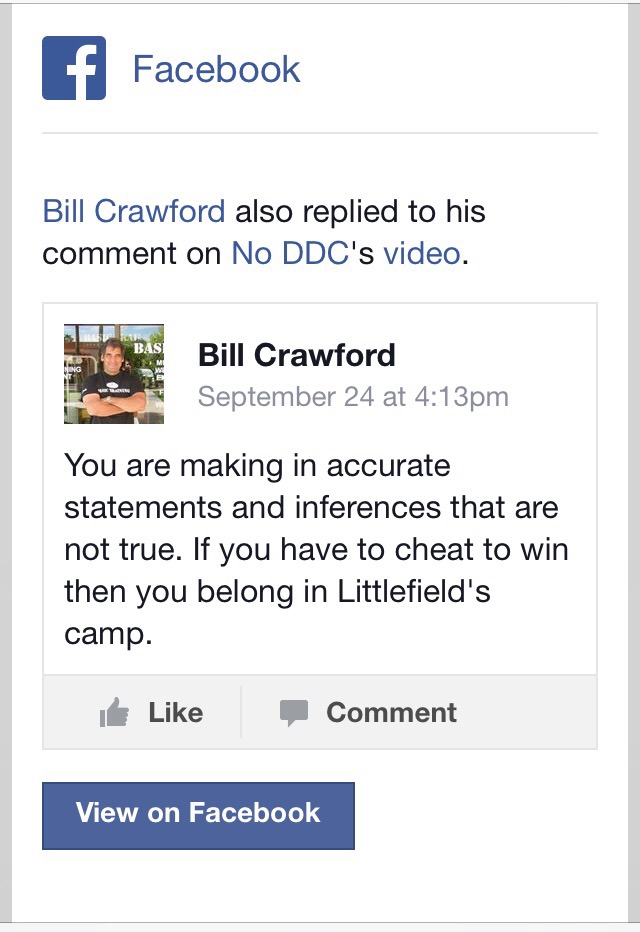 Creepy Crawford puts his psychological projection on full display here. I’d remind readers that Creepy was against the bars before he was for them. He railed about noise and litter in the Jim Lane-created bar district before he decided Jim was going a great job.

And Creepy phonied up a bunch of nominating petition signatures for his fake run for mayor–which he waived around but refused to file so they could be verified–before he admitted that his campaign was a fake, cobbled together to benefit his new bromance with Lane.

Like Lane, Creepy Crawford could do with a bit of “evolving.” Maybe more so. And his “stance” shifts so fast that he ought to take up clogging.

Roberts: Dark money group got what it paid for: universal vouchers