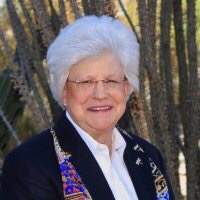 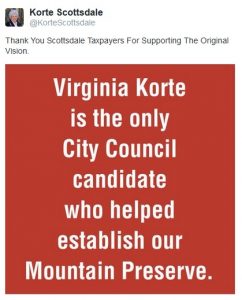 Virginia–and a LOT of other folks–were “involved” in the process leading to the creation of the Preserve. But I note with some humor that in 2014 she pushed for a moratorium on Preserve land acquisitions that were part of the “original vision.” Embattled incumbent mayor Jim “Shady” Lane voted for the same moratorium. 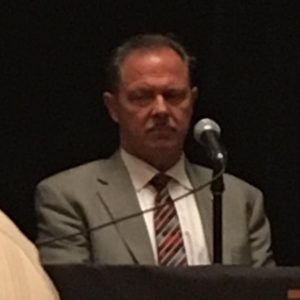 And commercial uses like those being considered under the Desert Discovery Center proposal that has been studied ad nauseum–but have been panned by the city’s own consultants as not being economically viable–were NEVER part of the “original vision” for the Preserve.