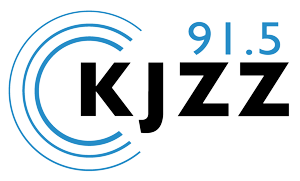 Phoenix is the sixth largest city in the U.S. and we have the traffic to prove it. With more commercial and housing developments coming on line, the city has to try and strike a balance. We can’t continue to compare our traffic conditions to what they were 15 years ago. That’s what Alan Stephenson, the city’s planning and development director, said about traffic in 2016. Also, Stephenson said, the city can’t always curb new development, like what’s popping up around 20th Street and Camelback Road.

This same debate has been taking place in Scottsdale for over a decade. It SHOULD have been resolved when the citizens ratified Scottsdale’s 2001 General Plan.

Unfortunately, our elected officials since then (with Scottsdale mayor Jim Lane the worst among them) have treated the General Plan and Scottsdale’s zoning code more as a mechanism to extract campaign contributions rather than as a guide to development.

Every new development that comes before the Scottsdale city council for approval requests (and usually receives) a rezoning, greater height, greater density, reduced set back from the street, reduced step back of upper floors, or other “amended development standards.”

Source: When New Developments And An Increase In Traffic Collide