Vicki Falen and her husband Dana live in the Montana Ranch community south of Shea Boulevard at roughly 117th Street. Late last year an adjoining parcel which was similarly-designated as rural residential, was rezoned via “major general plan amendment,” by mayor Jim Lane and the Scottsdale city council to commercial use, for a developer who is building a mini-storage facility.

This rezoning happened in spite of pushback from Montana Ranch residents; and to others who believe Scottsdale’s citizen-ratified General Plan development provisions should be a guide to city leaders, rather than a mechanism by which they extract campaign contributions.

This is yet-another in a long line of offenses against neighborhoods, by those who were elected on promises to protect those neighborhoods. 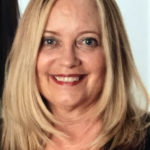 Many Scottsdale citizens have been following the unprecedented major General Plan amendment passed by the Scottsdale City Council on Dec. 4, 2017, which changed the decades of promised land use from rural residential to commercial.

This parcel will now be a “boutique” commercial storage facility adjoining custom homes in the gated community of Montana Ranch.

Of course the new neighbor [developer George Bell, Sr.] made many promises in order to get the land-use zoning changed. In front of neighbors and city council they vowed to make sure there would be mature screening trees and landscaping planted along the east property wall next to the longtime Montana Ranch homeowners.

They even had artist’s renderings done in the neighbors’ yards while promising the neighbors they could pick the species of mature screening trees in mass that they wanted.

The planting height of these mature screening trees would be 18- to 22-feet according to the pretty pictures and they would immediately block the two-story building from view. The neighbors just wanted to see a wall of trees, not a two-story building from their yards. The Bells submitted desired trees in the plans to the city as agreed upon.

George Bell, Sr. offered on Nov. 1, 2017 at the parcel meeting to build a viewing deck for Dana so he could enjoy his beloved sunsets from his wheelchair like he has done every night in his backyard for the last 20 years. George said he just wanted to do something nice. I accepted his offer. There were no strings attached. There was no tie to a deed restriction or if you support us then we’ll do that for you.

As a selling point, the new neighbor promised to have “limited hours” of operation as compared to an office building that could have been built there. Mayor Lane happened to call me the other day. I asked him what normal working hours for city employees are. He said, ‘well, it depends, but could be 8 a.m. to 4 p.m. or 9 a.m. to 5 p.m.’”

Neighbors already have the property wall in place and felt it would be a nice gesture for the new neighbor to help raise it to the city approved height of 8 feet, since they would just have the expense of a couple rows and not the entire wall.

The neighbors thought all was good with the tree selection they made with the Bell’s architect until the city planners switched out the trees prior to last week’s design review board meeting. The neighbors sought experts from the Arizona Arboretum, Maricopa County Extension Horticulture and Master Gardeners to select appropriate trees for screening. Instead of using what the experts recommended, city planners put in Acacia Salicina (Desert Willow) a tree used for riverbank and erosion purposes.
Tree experts said, “The Acacia Salicina (Desert Willow) is too open to provide an effective screen,” which makes one wonder, why would the city put in the messy, lopsided growing Acacia Salicina (Desert Willow), a tree not recommended for screening? I don’t think there could have been a worse choice. Nobody would want that in their backyard. Stipulations require mature screening trees.

After hundreds and hundreds of emails, private, community and city meetings it all comes down to what the highly paid developer-attorney puts on a piece of paper that matters.

My hope is that the Bell group and the city will come through on their own and provide the neighbors with the expert-approved screening trees, viewing deck, wall and phase in the mature screening trees prior to construction.

Keeping these few promises would make a huge difference in the quality of life in the neighborhood. I still believe good things can happen and hope the promises made will come true so that we all can be the good neighbors.

Scottsdale city councilman David Smith spoke for the council in trying to undercut the concerns of Ms. Falen and her neighbors: 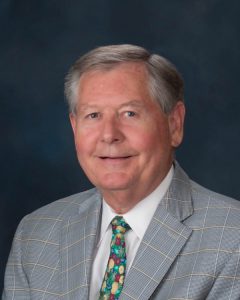 The current zoning on this parcel — service/residential or S/R — already allows a wide variety of commercial establishments, without any approval from council or neighbors. Of course, it also permits residential, although residential development would be highly unlikely, considering the proximity of the site to the high-voltage power lines.

The storage business project appeared to be more compatible to the interests of surrounding neighbors than any of the other possible “service” projects that might evolve.

Indeed, the project’s height is limited to what is already approved for S/R; set-backs from neighbors and Shea will be greater than S/R requirements; expected traffic will be a fraction of what might be expected with other S/R projects; hours will be limited and security will be greater.

Ever the smiling, dishonest politician, Smith intentionally conflates “zoning,” with “land use designation,” in clever attempt to erode complaints about the process by which he and his council cronies approved this project.

However, neither this project, nor any of the other perennial bogyman “other possible projects,” could have been built without the General Plan land use designation being changed by the council.

David Smith is dishonest. I hope you’ll remember in November.