It’s more of the tired old sentiment that those in power can do whatever they want, and we mere peasants can only object via “civil dialog.” Plus, “gadfly” is easier to spell than “concerned citizen and taxpayer.” 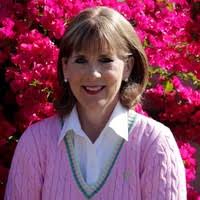 Why does the Scottsdale Independent constantly refer to those opposed to the Desert Edge [formerly known as “Desert Discovery Center, or “DDC”] as “local gadflies?”

The core group behind organizing Scottsdale citizens in opposition to the Desert Edge project consists of engineers, lawyers, MBAs, marketing specialists, tax attorneys, pediatric surgeons, options traders, esteemed teachers, private wealth managers, and many more … who have spent their careers with such notable companies as Leo Burnett, the Chicago Board of Trade, Kraft, The NutraSweet Company, Mayer, Brown and Platt to name just a few.

I’m sure I’m missing many others!

We have successfully organized hundreds of volunteers across the city who have collected over 30,000 signatures from concerned Scottsdale residents; have filed legal action(s); and filed a complaint with the IRS, which in my estimation is hardly insignificant accomplishments; and ones likely not possible to have been achieved by a bunch of kooks or amateurs, as you imply.

According to Webster’s Dictionary a gadfly is “one who irritates others.” Please stop using this demeaning term to describe Protect Our Preserve and NoDDC.

Perhaps it is more rightly appropriated to our city council members who have definitely irritated others — at least 32,000 of their constituents — and still counting. Calling them elected “leaders” is also a misnomer.

Please get your adjectives aligned properly.