Seth Gortler moved in next to the Southwest Wildlife Conservation Center in north Scottsdale near the McDowell Mountain Regional Park. Now he’s suing the director and the center over the noise of the animals which he says is just too loud.

Linda Searles opened the center 22 years ago. “It’s my life’s work,” she says and admits the coyotes and wolves do howl…

According to Gortler’s attorney, he didn’t know how bad it was going to be before he moved in a few years ago.

A lot of what’s wrong with Scottsdale is folks moving here and wanting to change it. This is a prime example. 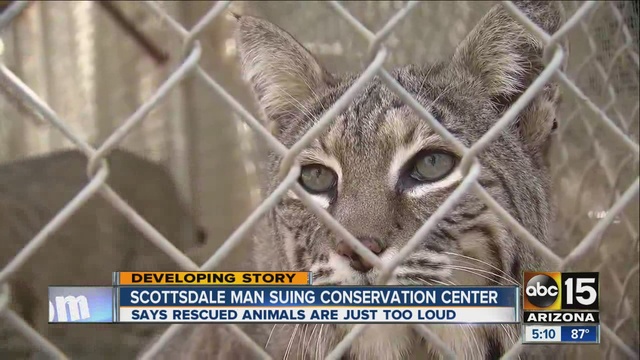 Roberts: Scottsdale mayor threatens to sue his own citizens