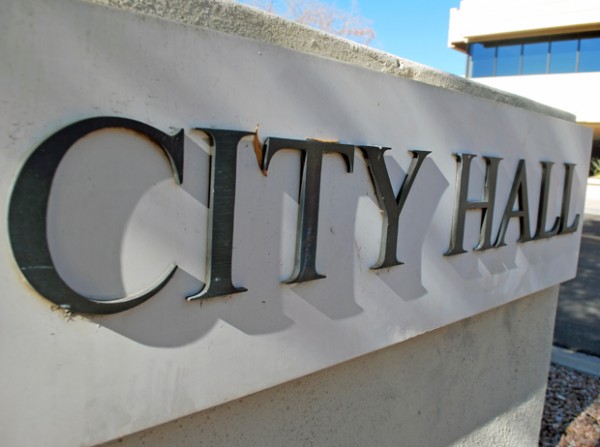 “Right now, because of somewhat of a logjam, that to me means this is probably not politically doable right now,” she said in a March 1 phone interview. “So, maybe there will be some changes on the city council and maybe perhaps with some new faces we can move it forward. For me, personally, it is time to direct my efforts toward a statewide solution, but that is a long-term project.”

The reason Korte (along with Councilwoman Linda Milhaven) abandoned the effort is that she was never serious about it in the first place. It was from the beginning designed to be a wedge issue for her to use in Korte’s mayoral campaign against Jim Lane’s rampant homophobia.

But her polling indicated she’s not as popular as she’d hoped, and the way she was going about ramming this issue through the council really irritated a lot of people.

I think it’s ironic that she now says, “…it is time to direct my efforts toward a statewide solution…” which is exactly what I said months ago would be a better course of action. The state (under the leadership of Jim Lane crony Governor Doug Ducey) has taken it upon itself to override local ordinances on all kinds of issues [as described in an excellent recent article by Linda Valdez at the Republic]. Since Arizona is a so-called “right to work state,” it doesn’t take much imagination to see that a local LGBT ordinance is completely unenforceable.

Unfortunately for Korte, the time to work on a “statewide solution” may have passed. I never heard a peep from her on the recently proposed senate bill SB1199 [PHX Biz Journal article]. I think she stayed quiet on that one, because this issue has an even bigger uphill battle at the Legislature than in little ole Scottsdale.

So her abandonment of a local ordinance effort is mere political expediency for Korte. And her reasoning is just a rationalization for dropping a hot potato of her own creation.

How did year one go for Scottsdale’s Museum of the West?