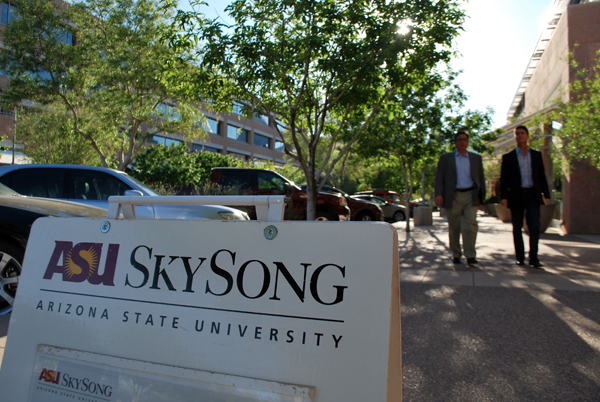 SkySong has been one of the most successful and award-winning commercial real estate projects in the Valley in the past decade, reaching nearly full occupancy during the economic downturn. According to studies by the Greater Phoenix Economic Council, SkySong is projected to generate more than 5,500 jobs and $9.4 billion in economic impact over a 30-year period.

SkySong has as-yet fulfilled none of the promises for which Scottsdale taxpayers unwittingly invested at least $100 million…other than it’s made a lot of money for private developer Plaza Cos.

And–so far–it’s just a massive taxpayer-subsidized office complex. As such, it has driven down rents for privately owned office space in the area, thus actually contributing to the decline of McDowell Road.