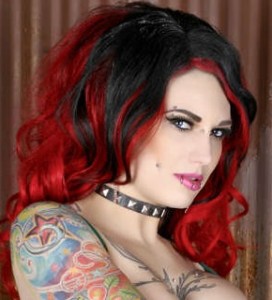 “…we take Satan as a metaphor,” said Michelle Shortt, one of the members of the Satanic Temple.

This is probably going to be one of those posts that isn’t going to win me any friends, but here goes anyway: Several of my fellow Scottsdale Citizens have asked me, “So what’s up with the Satanists giving the invocation at the city council meeting? I don’t know much about it, but it’s one of those stories that makes you want to sit back in the arm chair and just watch it unfold.

Here’s what ten minutes’ worth of research has revealed:

The Arizona ‘chapter’ (I think it’s called) of the Satanic Temple appears to be ‘led’ (my term) by a lady named Michelle Shortt from Tucson, a curiously attractive former funeral director who now bills herself as an ‘alternative model’ (her term) or ‘tattoo model’ (my term); and a Tucson attorney named Stu de Haan.

Michelle and Stu have made requests to do this in several Arizona cities and towns that have members of the public give invocations, including the City of Phoenix where they were thwarted by three hours of city council wailing and gnashing of teeth; resulting in elimination of the invocation from their meetings. It has been replaced by a ‘silent prayer.’

Phil Gordon said, “It’s the most despicable thing I have ever seen in my service to the city.” I don’t know…I’ve seen a lot of pretty egregious insults to the taxpayers and violations of fiscal responsibility, so I’m not sure I agree with His Honor on that point.

Scottsdale Mayor Jim Lane agreed to allow Michelle & Co. to do the invocation at the April 5th city council meeting apparently without consulting the rest of the council, and maybe without understanding who was making the request. Perhaps he had a bad earpiece?

abc15 reports: “The Tucson-based group doesn’t worship any deities, including Satan, de Haan said, but it is opposed to religious tyranny.”

In that same report, abc15 aired video (second segment in the sequence, I think) where Ms. Shortt reads the invocation she’d planned to deliver. She says,

“Let us stand now, unbowed and unfettered by arcane doctrines born of fearful minds in darkened times. Let us embrace the Luciferian impulse to eat of the Tree of Knowledge and dissipate our blissful and comforting delusions of old. Let us demand that individuals be judged for their concrete actions, not their fealty to arbitrary social norms and illusory categorizations. Let us reason our solutions with agnosticism in all things, holding fast only to that which is demonstrably true. Let us stand firm against any and all arbitrary authority that threatens the personal sovereignty of One or All. That which will not bend must break, and that which can be destroyed by truth should never be spared its demise. It is Done. Hail Satan.”

It’s tough for me to read “Hail Satan” as a metaphorical reference. However,  if you take out the satanic/luciferian references…As my old friend Bill Packer used to say, “You can learn something from the dumbest person in the room.”

A commentator who blogs under the handle “sabateur365” put out an opinion piece on this controversy that included this statement:

“Praying to Satan is as ridiculous as praying to the Easter Bunny, but far more dangerous.”

I don’t know…if it’s ridiculous, it doesn’t seem very dangerous to me.

So here’s my opinion on the subject: Ms Shortt and company got a lot of free publicity out of the very public hand-wringing by the Phoenix city council. And she probably picked up a few more modeling gigs along the way. Good for her.

And…make sure you are sitting down…if  you absolutely, positively have to start the work of government by invoking a deity, maybe Jim Lane did exactly the right thing. Plus, it seems like there’s been a lot less publicity for the group’s upcoming visit to Scottsdale. 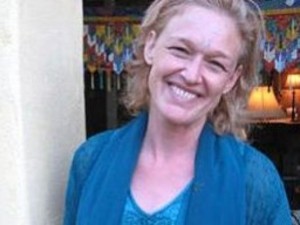 On the other hand, this has opened a very wide door. If the Scottsdale City Council doesn’t take some other action in the next month or so to obstruct this pending invocation, who knows, we may see Tracy Elise of the Phoenix Goddess Temple [Peter Corbett photo] come to the Kiva later this year for a little “neo-Tantra…spiritual and touch-based healing…” After all, the Goddess Temple started in Scottsdale!

Big Sale at the AZ Legislature