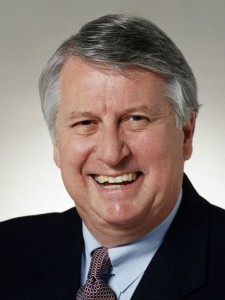 I had an interesting exchange last night with Virginia Korte toadie Jim Derouin, who butted into a Facebook conversation between me and another acquaintance which never really got started.

The other fellow asked me how I felt about Korte and Linda Milhaven abandoning their efforts for an LGBT anti-discrimination city ordinance. The other fellow didn’t realize that I’d already posted my comments on the subject. Before I could redirect him, Derouin stuck his nose in with a snarky comment.

Just so you know, Jim and I first met when the debate was raging about whether Scottsdale should change from at-large city council elections to district-based representation. At that time, the main person promoting districts was the former city council woman, developer lobbyist, and now disgraced former member of the Arizona Corporation Commission, Susan Bitter Smith.

Jim, a corporate environmental defense lawyer, was on the Bitter Smith pro-district bandwagon, and I opposed. He and I debated several times, and ultimately the notion of districts was defeated at the ballot. I don’t know how much I actually had to do with that. However, I came away with some respect for Jim, and maybe (I thought) he had some respect (albeit probably grudging) for me.

Jim and I butted heads again in a discussion on KJZZ a couple of years ago, in which Steve Goldstein asked us to debate the pros and cons of light rail. You probably already know that I oppose light rail because it’s a hugely uneconomical method of mass transit. Jim, shilling for Korte who wants light rail to her property on McDowell Road, obviously supported it.

I got some pretty good feedback on my performance, knowledge, and articulation of the issue. I don’t know that there was a clear “winner” but it seemed to me that Jim left the discussion a little annoyed at my opposition.

I’ve suffered a few jabs from Jim over the years, and he’s served his master (Virginia) well in jabbing at others so she could remain wrapped in her cloak of “civil dialog”…which Jim has professed to embrace, as well.

Jim’s 2014 “good riddance” column written as a snide parting shot to termed-out city councilman Bob Littlefield (now running for Scottsdale mayor…I suppose we don’t have to guess Jim’s position on THAT race), was petulant, completely unnecessary, and largely nonsensical. It included comments like:

Unfortunately, as Bob moves onto his next public job, he wants to create a dynasty for his “Blame Scottsdale First” brand. Maybe it is time to go to the state Legislature, if the voters agree, so that he can joust with new windmills and imaginary enemies.

Not very civil, huh. Just goes to show that “civil dialog” is largely a club to use on the wielder’s opponents who may be passionate in their opposition…and incidentally might be right.

So, Jim’s nose-butting last night was more of the same. I include the conversation here only because I want you to see through this hypocritical civil dialog nonsense:

John Doe (not his real name): John, your thoughts [about the LGBT ordinance]?
Like · Reply · Yesterday at 9:22am

James Derouin I hope you have a good sense of humor.
Like · Reply · 14 hrs

James Derouin: John Washington Since when has that been a requirement, John, for you?
Like · Reply · 13 hrs

John Washington: It’s not. I value honesty far above civility. “Let us not sacrifice clarity on the altar of diplomacy” RL Steers.

But I’m glad to know that you, too, have abandoned the red herring of “civility.”
Like · Reply · 13 hrs

James Derouin: John Washington I haven’t. Nor do I think it is a red herring.
Like · Reply · 13 hrs

John Washington: But it’s Ok for you to be uncivil toward me? I think you kind of proved my point.
Like · Reply · 13 hrs

James Derouin: Who is being uncivil? You have to live with what you write and civility is not your standard; and you explain it away by saying that it is a red herring so you can be as uncivil as you want. I’m just saying I disagree.
Like · Reply · 13 hrs

John Washington: “I hope you have a good sense of humor.” said J Derouin. If you can’t remember 25 min ago, you’re slipping man.
Like · Reply · 13 hrs

James Derouin: John Washington As compared to what you write, that is very thin gruel. You say that incivility is ok and that’s what your blog is all about–that civility is an old fashioned red herring. Live with it.
Like · Reply · 13 hrs

John Washington: So you are saying it’s OK for you to be a little uncivil because I’m a lot uncivil? Got it. Again, thanks for proving my point.
Like · Reply · 13 hrs

John Washington: What, that hypocrisy is OK? Where’d you go to law school?
Like · Reply · 13 hrs

James Derouin: And you saved yourself a lot of money that would have been badly spent.
Like · Reply · 13 hrs

John Washington: If it had made me one of the 99% like you that give the rest a bad name, absolutely!
Like · Reply · 12 hrs

James Derouin: Thanks for your civility, John. Oops, that’s a red herring. Have a good night.
Like · Reply · 12 hrs