A last-minute amendment preempts cities, towns and counties from banning the rentals.

Republican Rep. John Kavanagh of Fountain Hills said that amendment turned him against the proposal. He said homeowners should not have to endure with weekend rentals next door that turn into parties. 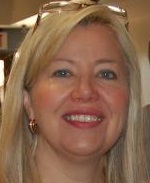 [Republican Sen. Debbie Lesko of Peoria] said the measure reduces bureaucracy for homeowners and makes it easier to collect taxes.

There are a number of things that are very wrong about this legislation.

Short-term stay rentals (less than 30 days), such as vacation rentals and Bed & Breakfast boutique hotels, are not allowed in Single-Family Residential districts. City of Scottsdale website. – See more at: http://www.scottsdaletrails.com/2015/01/25/scottsdale-super-bowl-rentals-illegal/#sthash.Gql4URFD.dpuf