Speaker David Gowan Reshapes Arizona House, From the Carpets on Up – The New York Times

David “Fuzzy” Gowan…has a nice ring to it. 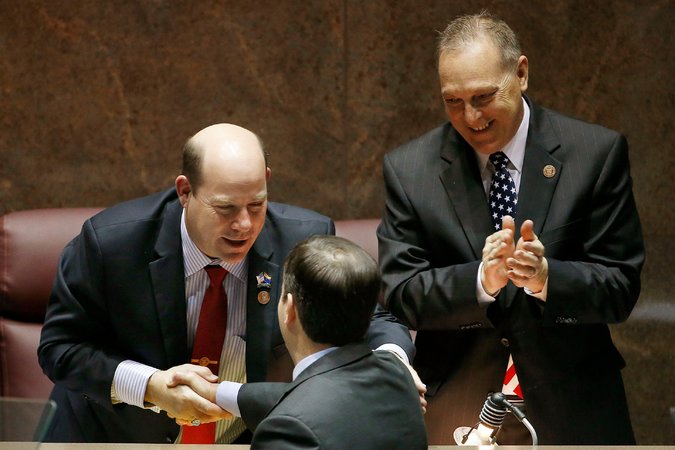 The House floor got an elegant carpet. Lawmakers got reupholstered chairs. His leadership team got cherry wood office furniture. He also planned for showers and a multi-use room in the basement, but shelved the project after half of his Republican caucus chided his “excessive spending” in a letter.

In January, Mr. Gowan repaid the state for travel reimbursements and daily allowances he had improperly claimed, a matter that remains under investigation by the state’s attorney general. He began this month by abruptly revoking reporters’ access to the House floor unless they agreed to an extensive background check.

None of them did.

Source: Speaker David Gowan Reshapes Arizona House, From the Carpets on Up – The New York Times

“Well, that’s just not true,” Ducey shot back when asked about what the teachers said. “I think you’re taking words out of context.”

Ally Miller: Pima Supervisors and administrator “damage the brand,” not me