The job of the press is to be objective, factual, and comprehensive. Please, accurately and completely report the facts — and let readers come to their own conclusions about whether or not they support the Desert Discovery Center or not.

My overarching concern is with the integrity of the process — and you have let me down with your selective reporting on the public meetings. 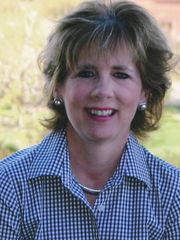 In fairness to Terrance Thornton, the Independent is practically a two-man (well, one man, one woman…in the person of Melissa Fittro) operation. And we haven’t seen any better coverage from the ghost ship that used to be the Republic, even though they are massive compared to the Independent.

On the other hand, letters-to-the-editor are no substitute for journalism. Since the dawn of the op-ed page, these letters have provided newspapers with defense against accountability for what they print.

A recent letter I sent to the Republic in reply to a hit-piece letter-to-the-editor was met with request from Republic staff for hours’ worth of work to cite sources; whereas the letter to which I was responding was mostly unverifiable personal opinion, prejudice, and shilling for a third party (Jim Lane).

And with a series of similar hit-pieces disguised as letters-to-the-editor published in the Independent, I’d like to see some new rules of professional journalism instituted: