OPINION: Some on Scottsdale City Council are getting it right | Scottsdale Independent 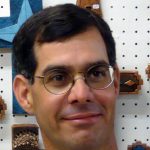 Councilmember Klapp — also a member of the consultant class — may be viewed as an enigma; however, this time she got it right. She knows a person’s word is their bond and I trust she will continue to stand with the over 250 small business owners in the downtown area of Scottsdale, in their opposition to fixed-rail transit in Scottsdale.

We are most fortunate to have elected officials in Scottsdale who have honor, strength of character and the fortitude to stand tall and do what is right by our city and its citizens.

I remember vividly sitting in a city council meeting within the last few years in which the council reneged on a promise made to residents of the ADW neighborhood about building height on the west end of the Waterfront. Council member Linda Milhaven (also praised in Fernandez’s letter) crowed about that earlier promise, “That was then, this is now.” So much for “…a person’s word is their bond…” And Suzanne Klapp was sitting right next to Milhaven, nodding as she uttered those infamous words.

I think a piece of pottery must have fallen on Mr. Fernandez’s head if he doesn’t remember how often Mayor Lane and the council have gone back on their word.

Source: OPINION: Some on Scottsdale City Council are getting it right | Scottsdale Independent

Clowns to the Left of Me, Jokers to the Right