The state treasurer was asked to support the school-funding deal that would become Prop. 123. When he wouldn’t agree, according to staff notes obtained by The Republic, he and a deputy were told ‘dark money’ would be used against the treasurer. But the governor’s team says the claims are untrue; that’s not what happened at all. 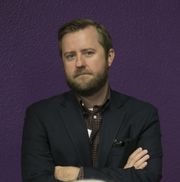 “The only reason that these documents were created was to somehow inflict some sort of awkward, weird, bizarre political payback,” [JP Twist] said.

You can tell when JP is lying because he gets adjective diarrhea.

You may recall that JP was chief of staff for Scottsdale mayor Jim Lane before JP took a “leave of absence” to campaign for Ducey…an arrangement which skirted the rules against city employees doing political work, and yet guaranteed him his old job back if Ducey had not been reelected.

I see JP is using the same ruse to skirt similar state rules (not to mention the federal Hatch Act) to politic for Prop 123. Maybe drawing a handsome salary from the political committee, too. Someone should look at those campaign finance records.

It’s also worth noting that JP’s brother Eric is president of the charter school business known as Great Hearts Acadamies. Eric violated the same laws (not to mention rules of ethics) when as headmaster of Archway Veritas he used charter school resources paid for in part through state funding to campaign against school district funding via Prop 204 in 2012.

And another footnote: JP’s father and Eric’s is Steve Twist, one of the founders of the anti-public education Goldwater Institute. Goldwater is the source of a large chunk of the “dark money,” which donut connoisseur Kirk Adams so cleverly calls “freedom of speech” money or “constitutional” money that got Ducey elected. Who would be in a better position to threaten DeWit with this club than one of the Twist boys.

Public school district parents (and taxpayers) pay attention: If ever you needed to know whether you’ll be screwed by these guys…now you know. JP wouldn’t be all over this like a 3-time DUI arrestee dialing lawyer-daddy’s phone number from the jail house if it wasn’t good for his bro’s charter school biz…and bad for public schools.

Source: Treasurer: Ducey aides threatened retribution. Governor’s chief: ‘We do not bully people like that’