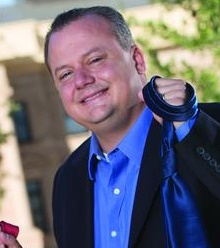 “As the campaign season kicks off, we wanted to get a pulse of how Scottsdale voters feel about issues that affect their city,” said Tim LaSota, chairman of Scottsdale Strong. “Candidates for mayor and council who run a ‘sky is falling’ campaign will have a tough time making that case to voters.”

It’s a shame that editor Terrance Thornton took the bait and printed what amounts to a press release for the Lane campaign. Tim LaSota was Lane’s chief of staff prior to DUI wonderboy JP Twist. LaSota also worked for the wife of Lane’s campaign PR manager, Jason Rose, who has received hundreds of thousands of taxpayer dollars for his polo and rugby matches, courtesy of Lane and cronies.

And these numbers could have been drastically affected by the questions, the way they were asked, and who was asked…none of which Terrance knows…or worse yet, they could have just been completely fabricated.