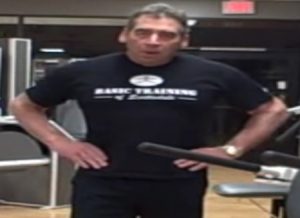 A couple of weeks ago I posted a comment on an online article announcing that Bill Crawford had–right at the deadline for filing nominating petitions to appear on the ballot–dropped out of the race for mayor of our little town.

If Crawford really had 2400 signatures at seven dollars per signature, there’s no way he would simply drop out. So he either lied about the number of signatures, or he lied about being compensated to drop out.

I got a letter from attorney Carl Retter last week, which reads as follows:

In a comment you published in the Scottsdale Republic on June 2, 2016, you defamed Bill Crawford by saying he “lied” about the signatures or about being compensated to drop out of the mayoral race. Since the fact of the matter is that Mr. Crawford did not lie, what you have said is defamatory. Should you repeat these derogatory and untrue opinions about Mr. Crawford, you will have committed liable [sic] per se and legal action will be considered. If and when you lose a case for libel per se, you will owe Mr. Crawford for his attorneys’ fees as well as your own attorney for his/her fees. Even though prevailing in an action for slander against a public figure requires the showing of malice by the slanderer (you), we believe we can meet that burden of proof.

I tried TWICE to contact Mr. Retter, and he has never responded. So, I’m going to guess he’s just being a bully on Bill’s behalf. Or perhaps Retter is not providing good representation to his client. Or maybe Bill’s legal budget extends only to letter-writing, and he hasn’t actually retained Mr. Retter to represent him.

None of those is probably an actionable offense before the Arizona State Bar, but that might be worth investigating. I don’t understand why any attorney would risk such a thing, especially if they’ve already been before the Bar, as Retter has.

Retter served two years on probation for “misconduct,” false advertising (technically “material misrepresentation”) of legal services, for mishandling client funds, and improper use of a client trust account [complaints 10-0684 and 10-0859].

To be fair to Mr. Retter, it sounds like his ethical mistakes were minor and made without malicious intent. But why poke the bear?

As for Crawford, maybe he’s partly motivated by having been on the other side of the defamation dance. In 2012, he was sued [case number CV2012-050869] by barf district developer Shawn Yari for distributing a cartoon of Yari’s office building depicted as a toilet, and for making various unpleasant comments about Yari and friends having turned the barf district into a toilet (or words to that effect).

At the end of an AZCentral article about that lawsuit, Crawford was quoted thusly:

“Like everything else, we’re on high ground, and if that makes the plaintiff uncomfortable, I would reference the fact that facts don’t lie and you can’t sue the truth,” Crawford said.

I believe that case was settled out-of-court, and I do not know the terms of the settlement. As regards the current situation, though…

Whatever we may say about Bill Crawford, he puts on quite a show.

Among other examples, is Bill’s righteous indignation over questions relating to the number of nominating signatures he collected in his quest to get on the Scottsdale mayoral ballot, which he abandoned at the 11th hour.

But before that, Bill made a big show of bragging about how many signatures he got. Then he feigned dramatic anguish over whether to file them. He apparently hauled a bunch of nominating petitions down to city hall as if to prove he actually got the signatures, even though he refused to file them with the city clerk.

That seems to me like a lot of trouble for someone who isn’t serious about running for the office, and who had decided to drop out…that is IF dropping out wasn’t the plan from the beginning.

Conveniently for Bill, the city clerk could not accept his petitions under his conditions. Aside from a stack of papers that APPEARED to be nominating petitions that APPEARED to have signatures on them…we’ll never know whether they contained valid signatures from registered Scottsdale voters because the petitions never became part of the public record.

But it occurs to me that IF Bill actually collected this massive number of signatures, and IF they were valid signatures from registered Scottsdale voters, and IF Bill really wanted them to be able to stand up to scrutiny, why didn’t he just file them…and then promptly file a county “Statement of Withdrawal” from the campaign AFTER submitting the signatures? Again, the word “convenient” comes to mind.

So, in closing, let me first clarify my original posted comment.

When Crawford dropped out of the race, he made himself irrelevant to Scottsdale politics, and to the future of our city…except for the damning fact that he is a Jim Lane ally.

Lane and his campaign PR manager Jason Rose (who is also a recipient of hundreds of thousands of dollars in Jim Lane-approved, taxpayer-funded subsidies for–among other things–Rose’s polo matches), have played loosey-goosey with the truth throughout Lane’s two previous campaigns and two terms as mayor.

Birds of a feather flock together, and what’s good for the goose is good for the gander (to continue the avian theme). Jim Lane’s choice of Bill Crawford as a friend tells you a lot about Jim Lane.