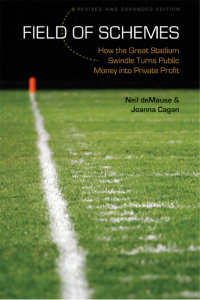 There would also be $7 million a year for operations and capital improvements, plus $3.5 million a year to repay [University of Nevada Las Vegas] for lost events revenue at their current stadium, for a present value of about another $150 million.

This illustrates another big, hidden cost with taxpayer-funded subsidies for professional sports: The diversion and redirection of discretionary spending away from other businesses. That, of course, also means that any tax revenue benefits that are promised by the promoters will actually net out to zero in apples-to-apples comparisons of local spending.