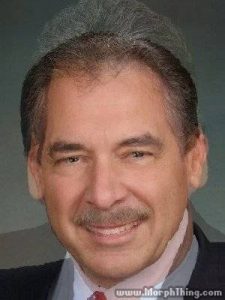 The latest missive from the Jim Lane for Mayor of Gooberville campaign just showed up in my inbox. When I first read it, I did a double take because it sounds just like something Bill Crawford would write, instead of the polished products of Lane’s campaign PR guy (and taxpayer-subsidized polo match promoter) Jason Rose. Maybe Jason has taken the summer off, and Ray Torres is filling in.

Anyway, I’ve said it before, and now I have the opportunity to say it again: You can tell a lot about a person by the company they keep. In this case, Lane has clearly been influenced by his off-kilter friend Crawford and he’s not making a lot of sense.

I’ve included this campaign email below, along with comments I’ve inserted for accuracy and your reading pleasure.

My opponent is the current Vice Mayor’s husband. As a result, should he become mayor, there would be an ethical and possibly even a legal conundrum. This prospect, along with an anti-business attitude, would disrupt governance and severely harm Scottsdale’s economy.

This was a notion that Crawford introduced in his short-lived fake mayoral campaign. It’s no less misogynistic when Lane uses it, than when Crawford first spouted it. I’m surprised Lane’s wife doesn’t beat him senseless for implying that a married woman can’t have a mind of her own. Or maybe Mrs. Lane doesn’t. And to effectively state there’s some sort of pending ethical or legal violation is laughable. Lane knows good and well that isn’t true. In other words, that’s a lie.

As he has referred to himself as a “weasel,” I fear what his leadership would mean for our great city.

Littlefield at least has the presence of mind to be able to poke fun at himself and for being on the losing end of most of the political battles he’s fought on behalf of the folks he represents. Lane isn’t smart enough to realize that by calling himself a weasel, Littlefield is actually making fun of Lane and his establishment toadies.

That’s certainly not how I’ve led or how I will lead for my final term as mayor should I be fortunate to again gain your vote.

Well, he’s got this one right! In his arrogance, Lane actually believes he’s some sort of messiah who has saved Scottsdale. Stand by…

You see, I think Scottsdale is the best city in America. And it didn’t just happen. We recovered far better than most cities from the Great Recession because of reforms, resolve and results. And we did it without raising taxes as so many cities did. We should continue with this pro-business, pro-tourism, less red tape approach that made this possible rather than revert to the Scottsdale of some 15 years ago which suffocated business and hurt the local economy.

In reality, Lane has had absolutely nothing to do with Scottsdale’s recovery…which has kept slightly ahead of the national recovery, as it always has.

A strong local economy like Scottsdale’s means we can keep taxes low and services for your quality of life.

My opponent is anti-business and pro-big government.

Translation: Lane gets most of his campaign contributions from developers and the liquor industry, and he’s pro-development and pro-liquor. As for as “pro-big government,” Scottsdale has more city employees, and more of them make over $100k a year than when Lane first took office. A LOT more.

One of his biggest campaign contributions, if not the biggest he’s ever received, came from one of the most anti-business unions in the country.

Why do you think Lane won’t tell you WHICH union? I don’t know for sure because I haven’t looked at the campaign finance reports in a while. But I suspect he’s talking about the contribution from a professional association of Scottsdale police officers. How does Lane leap from that to “anti-business?” My only guess is that he considers law enforcement to be anti-business…anti-bar-business.

So basically you could say that Lane doesn’t support law enforcement and our police officers. That’s not really a surprise because he’s never supported competitive pay for our men in blue. And Lane was even found guilty of committing an ethics violation for harassing the police chief about overtime pay…overtime which was required for dealing with the bar district that Lane champions!

That explains a lot. And it explains the difference between someone who focuses on reforms and results for citizens and our community not anti-business policies as payback for political support.

The choice couldn’t be clearer and the stakes any higher for our community in November. I respectfully ask for your vote to keep Scottsdale headed in the right direction.

Lastly, Lane again is absolutely right. There’s a clear choice between someone who has always represented the residents and taxpayers–Bob Littlefield–and a crony phony who hands out zoning concessions and liquor licenses to his buds looking to capitalize on YOUR quality of life.