About a month ago, I published additional details in the ongoing saga of former-fake mayoral candidate Bill Crawford and his phantom nominating petition signatures, including Crawford’s cowardly attempt to bully me into silence with an empty threat of a lawsuit over comments his lawyer mistakenly said I posted on AZCentral.

Thinking (foolishly, as it turns out) that this was an important, newsworthy aspect of the 2016 Scottsdale mayoral campaign, I shared that information with Terrance Thornton at the Scottsdale Independent, in opinion letter format. 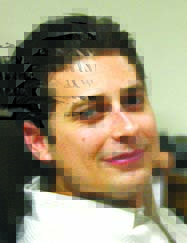 Almost a month went by, with no response from Terrance other than the occasional excuse in reply to my status inquiries. Those included:

I’m having a hard time finding anything I can really latch onto here for a story.

I am not publisher of this office. My publisher [Bret McKeand] is not allowing me to print it as is. There is nothing more I can do than wait for him to respond to his issue. I can’t force people to do things and my authority only goes so far.

After a month of this, and being offered the opportunity to re-write my column (and I made TWO suggestions as to edits that would have addressed the supposed issues), and the possibility of having it covered as an article rather than a letter, I think ScottsdaleCitizen readers will understand my frustration.

I sent a note to Terrance:

Contrary to popular opinion, I’m not an idiot, Terrance.

I’ve offered you TWO compromises that overcome the stated objections (which have been a moving target). I’m guessing that none of the other contributors have had to do that.

Plus I already attempted to email Bret and the email was blocked on his end…which I also already told you.

“Just doing my job” is about the worst excuse of them all. At some point you have to decide if you are going to be a journalist, or just a paperboy.

To which Terrance replied:

Just spoke with Bret. We are going to pass on doing anything with your letter. And, there are plenty of other publications to submit your work too.

I’m tired of you insulting me, my product and my organization. We are done.

I wish you luck in all future endeavors,

For your amusement, I include my final note to Terrance:

If you think I insulted you, then you are about the thinnest-skinned “journalist” in history. Whatever made you think you had the chaps to cover Scottsdale issues?

Clearly you weren’t ever going to run my letter regardless. You and I both know it, and all the back-and-forth was just sandbagging.

But now your delusion of persecution provides convenient guilt-relief for your sellout. This is starting to be a pattern for you. Or maybe I just didn’t notice until now. Silly me.

(For future reference, THAT’S an insult)

I did follow up with the president of Independent Newspapers, which is headquartered in Connecticut. I’d read something in a press release issued upon his ascension that I thought might have bearing on this situation:

INI’s approach to journalism is also a bit unusual. It is devoted to straight and unbiased reporting. Instead of writing editorials, it draws citizens into community decision-making and showcases the public’s opinions. INI’s commitment to purposeful neutrality – along with its focus on local issues, local organizations and local involvement – help build a strong sense of community. 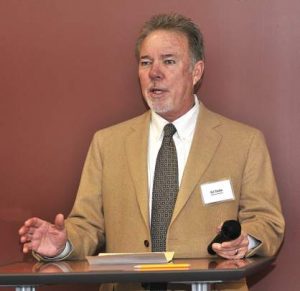 I’ve read through this entire exchange and have come to the following conclusions:

a. You’ve already vented [there’s a good “neutral” term for you] your position publicly and it appears to be a non-issue at this point. The back-and-forth political aftermath is something that could go on forever, however, we are not going to allow using our newspaper for that debate. If there is some new discovery, we’ll consider it, but until then, please don’t resubmit the same materials.

b. While Terrance could have handled this situation differently, I am appalled at the way you have addressed him in your multiple correspondences. Unless you can be more respectful in the future, I would ask you to cease communicating with our operations and employees altogether. [I.e., “be nice” or you won’t even get “neutrality.”]

I hope you will respectfully accept my position here without a need for any continued dialogue on these matters. [“Go pound sand”]

Well, I’m not exactly heartbroken because Terrance had already told me that my letters would never again see ink in his publication.

And, I’m also not the only person in Scottsdale who Terrance has told to ‘go pound sand’…not coincidentally, also in response to similar concerns about Terrance’s lack of “purposeful neutrality” [quoting from the INI mission statement].

So, don’t be surprised to see fewer and fewer letters in the Scottsdale Independent from citizens dissenting from the party line in Scottsdale. It’s a shame, because after de facto sellout of the Arizona Republic/ AZCentral.com that’s been happening over the past few years, many of us really had hope for Terrance and the Independent to be a voice for city government reform.

But I guess now you can look forward to a new and improved version of the Chamber of Commerce newsletter with which the Republic tried and failed to stay relevant in the Scottsdale market. There will more press release “stories” in the Independent from paid publicists, like this vapid, factually-devoid piece lauding the 30-year benefits of the taxpayer-subsidized office building known as SkyThong in South Scottsdale.

Sadly, as I pointed out to Terrance some time ago with regard to the Scottsdale Cultural Council buying immunity from Republic scrutiny via hundreds of thousands of dollars in advertising business, Terrance has gotten a taste of the public trough leftovers, too.

Did printing business from Jim Lane’s campaign PR manager Jason Rose fund Terrance’s recent big payroll bump? Charro’s spring training programs [former Scottsdale city councilman Dennis Robbins now at the helm], and collateral printing for Barrett-Jackson (Craig Jackson is both a big Jim Lane supporter AND campaign contributor) are probably lucrative enough to make a fellow forget his peasant friends and those who have been honest with him–in favor of those who have lied to him repeatedly over the years.

As a ScottsdaleCitizen reader who is familiar with the backstory on my month-long correspondence with Terrance observed:

I guess you hit a nerve.

Yeah, I guess so. Good luck getting YOUR letters published, fellow ScottsdaleCitizens.