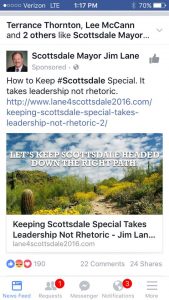 Not subject to ethics