Letter to the editor. Thank you, Jeff, for taking the time to write. 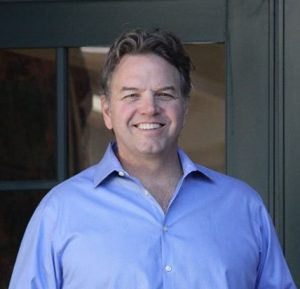 It’s time for a change before we, the residents of Scottsdale, lose it all (and special interests win big).

It’s time to remove Jim Lane from the office of Mayor of Scottsdale. While he tries to talk the part of a leader concerned with his citizens, his actions demonstrate that he favors special interest groups over the residents.

I’ve been a resident of Arizona for 22 years. I first moved to Mesa, AZ and I relocated to Scottsdale in 2006.

Scottsdale residents seemed to take pride in their city, with the greenbelts and the art installations, with nurturing Old Town and appropriate new developments. I always enjoyed seeing cowboy hats worn in “The West’s Most Western Town.” I thought that other Valley cities could learn a lot from how Scottsdale managed their city and growth.

My first business location was in Old Town. After a couple of years dealing with trash and human waste outside our doors after busy bar weekends, we relocated our offices into McCormick Ranch.

My wife and I first lived together in a charming townhouse by Camelback and Scottsdale roads. The “W” hotel opened and we spent every Saturday night calling the police to complain about the noise from their dance floor which kept us awake until 2 A.M.

When the city council gave a zoning concession to allow a Mercedes dealership into the site adjoining our property, complete with their noisy carwash, bright lights and smelly fueling area; we finally decided to move north…16 miles north.

We thoroughly vetted our home before purchasing near Scottsdale and Jomax Roads, complete with phone calls and emails to and from the city planner’s office confirming no anticipated growth of the large section of state trust lands immediately south of us, and north of Happy Valley Road.

Sadly, less than 3 years later we now face development of this land, with a 1000% increase in housing density for 38 of those 168 acres, adjacent to where our home sits. [emphasis added]

This is a piece of land that is currently zoned for 1 home per acre.  The mayor and city council are rezoning it for 7.5 homes per acre, density that is completely inappropriate for this rural area of Scottsdale.

In addition, in 2013, Mayor Jim Lane signed a “proclamation” stating that this land was reserved to be a part of the Desert Foothills Scenic Drive and would stay that way.

Many of the homeowners in the area were excluded from final talks involving how that land was to be used. When we tried to get a 90-day delay to allow all area residents affected by this plan a chance to review and formulate other options, the city council and Jim Lane (with the exception of Kathy Littlefield, Guy Phillips and David Smith, councilmembers who do seem to have the best interests of the residents), voted against that option.

We also found it interesting that this incredibly important matter was slated for a city meeting that falls on July 5, at a time when a lot of North Scottsdale residents leave for the summer.

My wife and I used to think the problem was over-development in the downtown area, and we could move to avoid its issues.

The problem isn’t development, but leadership. Scottsdale has none. Jim Lane is the puppet for special interest groups and is selling our great city to the highest bidder, without any regard for the residents he is charged to represent.

“Mayor” Lane has given our city the legacy of loss. He has helped turn the quaint Downtown area into a bar district, with all the headaches that come with that demographic. He has allowed the incessant building of apartment homes and high-rise condos to the detriment of established neighborhoods. He is continually allowing development of lands that don’t necessarily need more buildings, or that don’t fit with the character of the area or the general plan of the city.

Do you still feel like we are “The West’s Most Western Town”?

We do not have to continue to be victims of the Jim Lane legacy. It’s time to take back our city.

Bob Littlefield, who has served as a city councilman for 12 years and has always been the voice for the residents, is the man to help us keep Scottsdale special and bring the pride of our city back to those who live and work here.