In response to an anonymous email missive from Scottsdale city council incumbent Virginia Korte this morning, Scottsdale artist and downtown gallery owner, Bob Pejman, penned the reply below which really digs to the bottom line.

To Bob’s commentary I add the following: 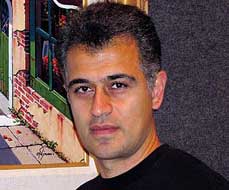 The “Voice of Scottsdale” [email newsletter] is known by many insiders as the unofficial Virginia Korte PR and SPIN machine.

Last Friday, Korte was quoted in the AZ Republic: “I often go online to buy things rather than going to a shop,” and, “There is too much retail space [in downtown Scottsdale], given the buying patterns of today’s shopper.”

This is an insult to the downtown merchant community.