As a preface to what I’m about to write, I share with you that the Scottsdale Area Chamber of Commerce long ago officially adopted the “Principles of Civil Dialog,” as offered by their offspring Scottsdale Leadership program. Please bear this in mind as you read on: 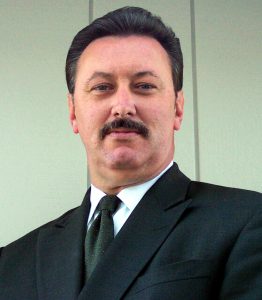 For the last 24 hours or so, I’ve been harassed publicly on Facebook by an apparent petty criminal (CR2010- 150469- 001) calling himself Colin Michael Morrison, who has taken issue with a couple of my recent ScottsdaleCitizen articles and posts. Mr. Morrison claims to be, among other things, an “international security consultant” (and man of mystery, no doubt); and more importantly, an “Ambassador” for the Scottsdale Area Chamber of Commerce.

Mind you, Morrison has never once directly challenged any of the facts I have shared. Mostly it has been pure ad hominem attack dog tactics employed by the unsavory associates of Scottsdale’s incumbent mayor Jim Lane, and PR Czar to the Underworld Stars of Scottsdale, Jason Rose. I guess I don’t need to tell you that a vote for Lane in November is a vote for four more years of this kind of nonsense.

Mr. Morrison insulted Lane’s challenger, three-term city councilman Bob Littlefield, by calling him “a Major Panty-Waist.” And Morrison has treated me to insults like:

“you are not known for your intelligence”

“you are a small man with no backbone”

and, saving the best for last,

So, back to my preface…do you suppose Mr. Morrison is unaware of the Chamber’s adoption of the Principles of Civil Dialog? I wonder if the Chamber is aware of the kind of representation he is providing for them?

All I know is that I’ve had far worse things said about me by far, far better people.

I’m not talking to YOU anymore!