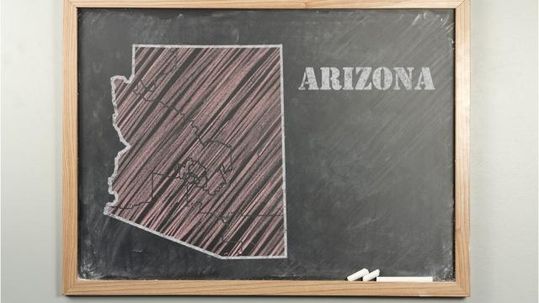 [WalletHub.com which reported AZ as the 4th worst state for education] collects data from other sources, tosses it into a blender, and spits out a list of the best and worst states and cities about various things.

In science, that’s called a “meta study.” I’m not saying WalletHub’s ranking has scientific validity or even if that was their intention. But one little smarmy observation about their methodology doesn’t constitute a valid review, either.

The best, and arguably only, apples-to-apples comparison about the performance of schools among states is the National Assessment of Educational Progress, administered by the federal government. Yet, these results received less than 17 percent of the weight in the WalletHub index.

I can’t speak to the NAEP’s methodologies, either, but 17 percent seems like a number that isn’t exactly arbitrary. It would be far more helpful in evaluating the data if we understood how WalletHub’s 17 percent weighting was derived, as opposed to just bashing it.

In math overall, Arizona ranked right in the middle of the states, 26th. Disaggregating the results by socio-economic factors reveals an even better comparative result. Among whites, Arizona ranked 7th highest. Our Latinos ranked 11th best.

The results weren’t so strong on reading, but still far from the bottom. Arizona ranked 34th overall, 8th among whites and 29th among Latinos.

“Disaggregating the results by socio-economic factors.” I think Robb means, “leave out poor students.” Who, by the way, are Constitutionally-entitled to an equal education.

Woohoo. 26th and 34th in math and reading. We only suck a little bit. Oh wait, those are averages? Robb never explicitly mentions that fact.

So, let’s see, if whites and Latinos (which together make up an overwhelming majority in Arizona) are 7th and 11th in math, and 8th and 29th in reading, non-white/non-Latinos must be doing abysmally to pull the averages down to 26th and 34th. But what’s the number? We don’t know because Robb omitted it.

According to Matt Ladner, a scholar with the Foundation for Excellence in Education who studies this stuff more closely than anyone else in the state, Arizona has led the nation in NAEP gains in recent years.

“Led the nation in gains?” Think about that. Want me to translate?

“We are better at sucking less than anyone else.” Which is, for Robert Robb, something to cheer about. That seems to be the motto of the AZ Republic lately.

My Turn: No evidence tax cuts have helped Arizona