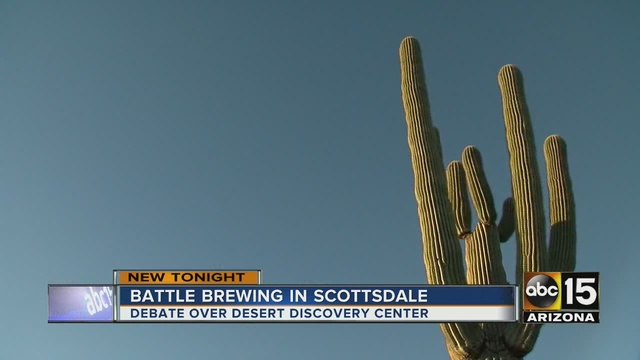 “I think they [Scottsdale mayor Jim Lane, council members Virginia Korte, Linda Milhaven, and city contractor DDCSI] don’t want the public to vote because they [the citizens] are overwhelmingly opposed to this,” said Jason Alexander who is in the [NoDDC] group and lives in the neighborhood.

Scottsdale mayor Jim Lane, and council members Virginia Korte, Suzanne Klapp, and Linda Milhaven have already spent MILLIONS of taxpayer dollars for favored contractors to “study” this proposal. If they don’t yet know what they want to build (which I don’t believe for a second), where did all that money go?

I’m telling you right now, if you reelect Lane, Korte, and Klapp, you are going to wake up to the sound of bulldozers come January.

Visit NoDDC’s Facebook page for the facts of this matter.

Source: What lies ahead for the future of the McDowell Sonoran Mountain Preserve?

Check out this article from azcentral: