Arts and Culture, City Council, Election, Height and Density, Quote of the Day 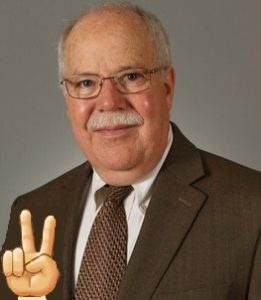 For those of you who haven’t heard of Dan Schweiker, he’s a recent carpetbagger from Paradise Valley running for Scottsdale City Council with a ‘nuggets of nothingness’ campaign (shades of Virginia Korte).

Dan hopes you’ll vote for him because he’s a nice guy and because his name is very similar to another ‘tea’ guy, David Schweikert, who has gotten himself elected to Congress in spite of the average IQ in his district.

Forgetting about the congressman, Dan’s campaign continues to roll out pablum that will likely ramp up in the coming weeks. Today’s edition actually contained something you can sink your teeth into. Unfortunately, it’s going to leave a bad taste in your mouth.

It’s time we have a Council that puts aside divisive issues and comes together on critical issues like transportation, tax climate and building a diverse economy throughout our city.

Never mind that Dan has had ZERO contribution, and enlightened us with ZERO solutions to, these “critical issues.” Perhaps his preface is more telling, though. It’s time to call the ScottsdaleCitizen Department of Translation:

“Critical issues.” What Dan means by this is any issue where you disagree with him and his Chamber of Commerce allies, and you are willing to stand your ground. Dan doesn’t want you coming to City Hall to express your displeasure with business-as-usual. You need to hitch onto Dan’s campaign wagon, and chime in on the next verse of “Kumbaya.”

“Transportation.” Like Virginia Korte, to Dan the term only means one thing: “Light Rail.” I’ve never heard Dan clamoring for better bus service, expressing support for the ridesharing economy, or leading the charge for bike lanes and bike racks. Dan wants you off the road and on the train, so he won’t be stuck in traffic in HIS car. While you are at it, don’t vote for Virginia, either.

“Tax Climate.” Taking a page out of the playbook of Jim “Waffles” Lane, what Schweiker means is that big companies ought to get tax breaks you and I can’t get, so they can contribute more to his campaign.

“Diverse Economy.” I’m not really sure what Dan means by this. But don’t fret, Dan doesn’t know either. He can tell you about the price of tea in China, but I’ve never heard him utter an intelligent thought on Scottsdale’s economy, much less some sort of plan to change it.

I suspect, though, that when Dan does figure out he needs to define this soundbite a little more thoroughly, he’ll come up with some rationalization as to why more bars and more apartments are better than galleries, artisans, and single-family neighborhoods. And since he’s plagiarizing “Waffles” Lane a little bit, Dan will probably adopt Lane’s silly “Cure Corridor” mantra.

So, the bottom line is that Dan has done nothing to earn your vote. He’s expressed no concrete plan for ANY issue that would merit voting for him to give him a chance.

But Dan HAS clearly said that he doesn’t believe that the job of the city council is to make hard choices on issues that upset the voters. So make the easy choice and cast a single-shot vote for Guy Phillips for council instead. And vote for Bob Littlefield. He’s better than waffles any day.

Does Development Pay for Itself?