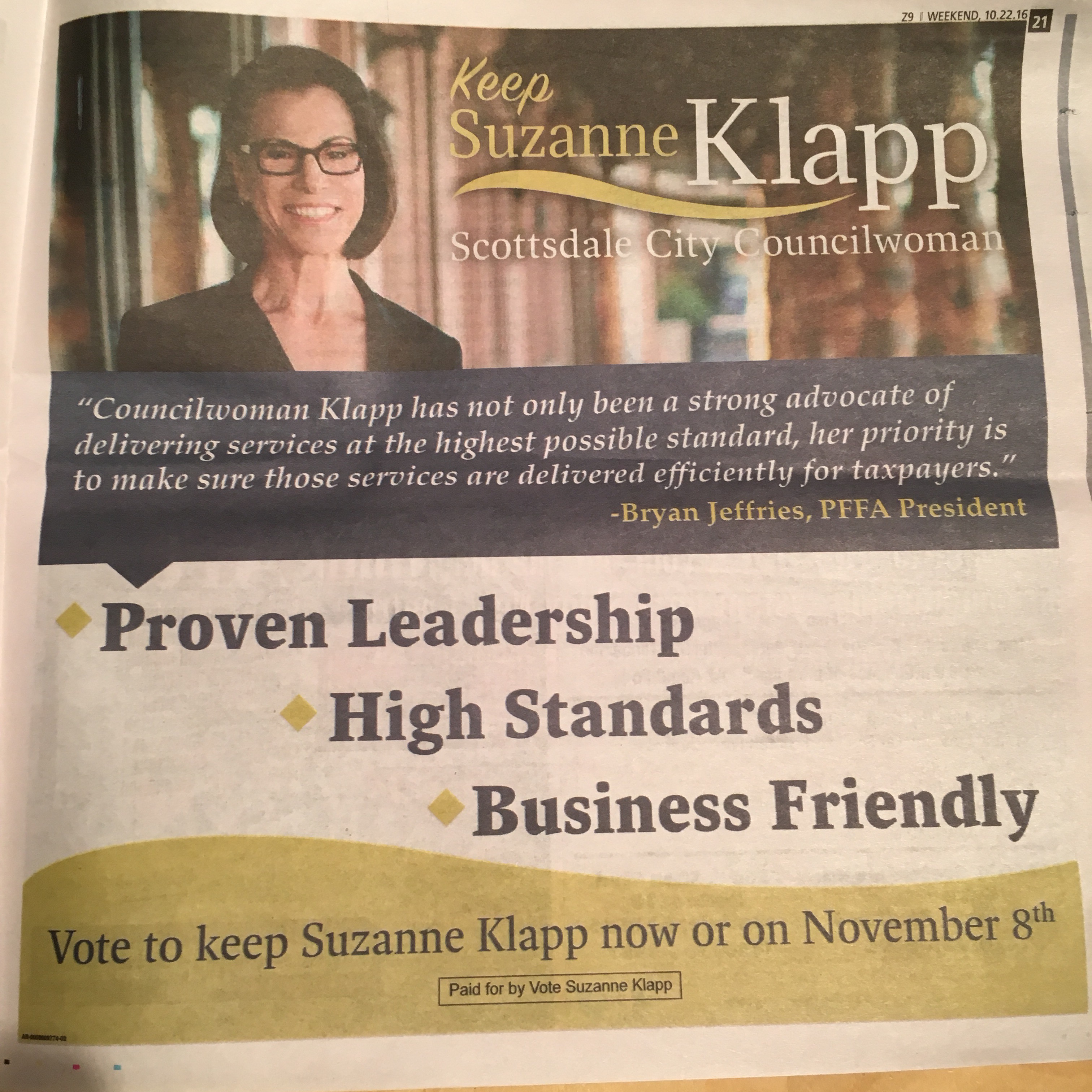 The belt line of the ad was an endorsement from “PFFA President” Brian Jeffries. What the heck is “PFFA”?

PFFA is the “Professional Fire Fighters of Arizona,” one of the organizations that incumbent mayor Jim “Waffles” Lane has railed against and mischaracterized as “labor unions,” during debates with his similarly-endorsed dominating challenger, Bob Littlefield.

I find Klapp’s inclusion of this obscure (by Chamber of Commerce standards) endorsement amusing, made even more so by the almost completely opaque attribution. Obviously, Klapp has a shortage of endorsements, yet she is sensitive to the anti-labor union rhetoric that Lane has employed.

Connecting this dot to a couple of others tells me that Klapp is in trouble. This is partly because the Chamber power brokers decided to run yet another Chamber-type to try to unseat Guy Phillips, rather than focusing on positive campaigning to reelect stooges Klapp and Korte, who already had warm seats at city hall.

And a big part of Klapp’s trouble is if her own making. Having tried to straddle the fence between the developers and liquor magnates on one side and the residents on the other, has not won her many friends on either.

Klapp would have been better off to just lie to the voters about who she is, like Virginia Korte. Ironically, lying seems to come more naturally for car salesman Korte than for frame shop owner Klapp.