My posting schedule will be a little less vigorous now that the election drama has pretty well played out. There are a lot of ballots left to count, but most of the big races are essentially decided.

But for those of you who may stumble across this in years to come and wonder why Scottsdale traded its unique, historical charm for bars, nightclubs, and high-rise apartment housing projects; why our infrastructure is crumbling and we are borrowing even more than our record-level debt to fix it; I offer a few words from Bob Littlefield, one of the good guys who the voters rejected, to our local media–the Arizona Republic (Parker Leavitt) and the Scottsdale Independent (Terrance Thornton): 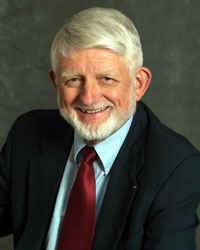 The reason the Mayor election turned out as it did is simple; my opponent [Jim Lane] outspent me by a factor of at least 6-1. As of 10/27 (the last filing deadline) Lane had received $391,520.71 in campaign contributions while I had received $65,427.50. No doubt he collected even more money between 10/27 and election day, but we won’t know the exact amount until the next deadline for filing campaign finance reports, which is not until January.

All this money allowed him to send out at least 10 mailers I know of (I sent out 2) and to run newspaper and TV ads (which I could not afford) and to way outspend me on social media. Bottom line, he had the money to get his message out to Scottsdale’s 100K voters and I did not.

What I find interesting is neither of your “newspapers” reported on these facts. Even worse, you did not report on the sources of Lane’s money (developers, developer attorneys, bar owners, and other special interests with business before the City Council) as opposed to the sources of my money (residents).

All of this information was readily available to you both on the city’s web site yet neither of you “reporters” made any effort to research it. And you most certainly did not tell your readers any of it! In fact, when Parker printed a posting from my Facebook page about the election results, he removed the reference to how much more Lane spent than I did!

While reporting this info would not have changed the outcome, I think any reasonable observer would agree the voters of Scottsdale should know who is financing their candidates. As would-be journalists, it is supposed to be your role to do that informing, but you guys totally dropped that ball.

You both failed your readers by not giving them this important info. Instead, you focused on the ultimately irrelevant “tone” of the campaign. Basically, you reported on the trees and missed the forest.