I got a good chuckle out of reading this Tweet from Jason Rose, campaign PR manager for Scottsdale mayor Jim Lane. Jason and his lawyer-wife Jordan have advocated for, and profited nicely from dozens of high-density housing projects in Scottsdale. 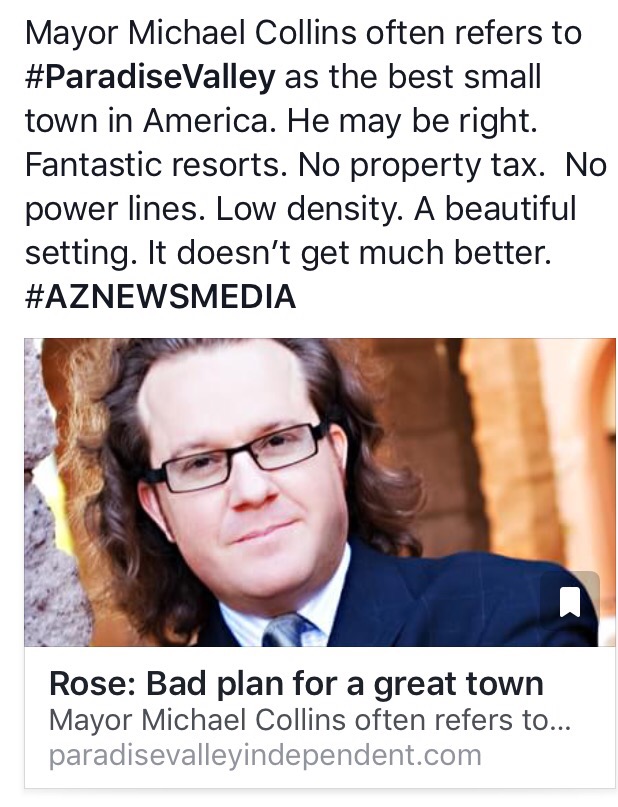 Jason is always keen to remind everyone during the course of his developer advocacy that he grew up in Scottsdale. What he’s not so keen to reveal is that he sold out and moved to a mansion in Paradise Valley years ago.

Why, you may ask? For the exact reasons he lays out in his objections to density in HIS neighborhood!

The Roses don’t mind stealing and selling OUR quality of life for the amusement and profit of their developer chums, but they sure don’t want the same overdevelopment in their own neighborhood!

The more Arizona residents learn about Coyotes tax kickback plan, the more they hate it | Field of Schemes