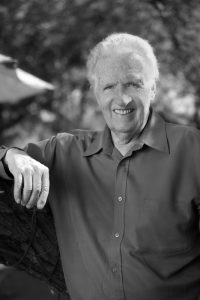 The Voice of Korte put out an email this morning with a tangential nod toward the taxpayer-funded folly of Scottsdale Desert Discovery Center promoter/designer, Vern Swaback.

This week’s best sound bite comes from Vern Swaback, whose firm Swaback Partners [architecture firm], is working on the design of the Desert Discovery Center.

“There may very well be merit in the commitment to keep Scottsdale special, but if this quest fails to acknowledge the exceptional, it will do more harm than good. The simple reality is that each and every decision is either on the side of growth and renewal or death and decline.”

This quote was lifted from an AZ Central “My Turn” letter by Swaback that was dated December 6, 2016.

Ironically, this letter appears to have been largely recycled from when it was originally published in the Republic back in August. Carrie Watters at the Republic, the bane of mere peasants who want to get their opinions in print, must have let this letter from the Dark Side slip through the cracks.

You can read my point-by-point rebuttal of Swaback’s recycled hash in my previous writing on the subject.

I will note one item here that I didn’t previously address. Again quoting Swaback:

Speaking of Taliesin West, it is quite doubtful this global treasure could have ever been approved by today’s codes and ordinances. A host of exceptions had to be made for Frank Lloyd Wright’s winter home to become part of Scottsdale when the city incorporated.

Clearly Vern’s memory ain’t what it used to be. Taliesin West was established in 1937. The City of Scottsdale was incorporated fourteen years later in 1951. The area around Taliesin wasn’t annexed into Scottsdale until the 1980s.

In a second irony, I happened to take a tour at Taliesin West this past weekend; something I haven’t done in many years. It is to Taliesin West that Swaback claims to have been invited as Wright’s “youngest apprentice” [Green Building and Design Magazine].

During the tour there was a lot of talk of the pristine desert that motivated Wright to locate there. There was NO mention of Scottsdale’s adjacent McDowell Sonoran Preserve–the largest urban nature reserve in the country–nor the highly controversial Desert Discovery Center commercialization proposal for which Vern Swaback has been paid a million dollars to “study.”

Which leads me to a third irony. Also quoting from the above-referenced GBD article, Swaback says:

Wright’s idea of luxury wasn’t anything that money alone could buy.

Swaback wants to label anyone who opposes his grand ideas as Luddites. Yet he ignores the fact that almost all of us want only for our city staffers and elected officials to follow the growth policies enshrined in our citizen-ratified Scottsdale General Plan…NOT to stop growth altogether.

Swaback also fails to note that–unlike Swaback–none of his opponents make money from their efforts to “keep Scottsdale special.”