In a recent interview that appeared in the Scottsdale “Independent,” questions were asked of former city council member Dennis Robbins about gifts he received and reported while in office a couple of years ago. The article says, in part that, 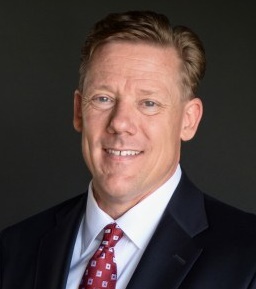 The report shows members of Scottsdale City Council accepted $32,572 in gifts that primarily were meant to have elected leaders appear at VIP events and fundraising endeavors…

Some say accepting tickets to events of community significance is part of the job of being an elected leader. Still others question if those gifts could influence policy decisions made on the local dais.

The Independent reached out to Mr. Robbins, who is now executive director of the Scottsdale Charros, to better understand his philosophy of accepting gifts and the kind of effect those gifts may or may not have on an elected leader.

I think Dennis Robbins is a decent guy. I also don’t think he’s consciously done anything unethical. And I don’t think the “gifts” that were officially reported rise to a significant level of concern. But, as an astute ScottsdaleCitizen, you may be asking yourself,

“Why did the ‘Independent’ only ‘reach out’ to Robbins (the top gift recipient) to allow him to rationalize his receipts, but not to the other former city council member mentioned in the article?”

Well, because this ain’t journalism, folks.

If it was, then in addition to a balanced discussion of gifts to public officials, the writer (I’m not going to use the word “journalist”) would have also told you that Dennis Robbins’ Scottsdale Charros is nothing more than a politically-connected good ole boys club.

The writer might have also mentioned that the Charros have a long-term, no-bid contract with the City of Scottsdale to “manage” (and skim off the profits of) the Scottsdale Municipal Stadium baseball spring training venue.

Another thing the writer failed to explore is that Charros spread around some of their profits via “political philanthropy” to other nefarious, tax-black-holes like the Museum of the West. They build a lot of goodwill in this manner, and never seem to mention that this is actually taxpayer money they are distributing in the name of “charity.”

Lastly (and perhaps most importantly), the Scottsdale “Independent” has a sister company that does a lot of printing work for the Charros, in the form of spring training programs, etc.