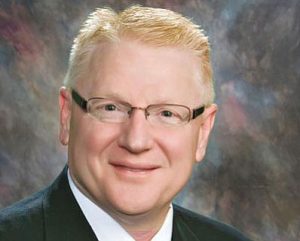 Take away the rainbows and roses and you are left with a project that commits $170 million in future state funds and $55 million in city funds to another hockey arena. This, in a state that can’t adequately fund its schools.

“Fundamentally, what you are doing is you are going into the state general fund and you are appropriating dollars to a private concern,” said Sean McCarthy of the Arizona Tax Research Association.

He’s right, of course, but in the end it didn’t matter. The bill sailed through the committee, 6-1.

Cue Sen. Bob Worsley, R-Mesa, who is running the bill: “I feel for this organization, that they have the right to vote with their feet and do what they think is right for them and their fans.”

Big crocodile tears from Worsley for millionaire owner of the Coyotes, Anthony LeBlanc, whose courtship of ASU’s Michael Crow was rejected when Crow found out that LeBlanc was expecting to RECEIVE a big dowry instead of offering one. So Worsley sent LeBlanc a Valentine’s Day gift to cheer him up.

And BTW, this is the same Bob Worsley who was anti-gay before he saw the light (or the dollar signs) and became anti-anti-gay.

[I have to apologize in advance to one of the aforementioned senators, because the vote was 6-1…so one of them voted against it, but I can’t tell which from looking at the sucky AZ legislature website.]

Arizona Rep Anthony Kern (quoted in the Arizona Daily Independent) is rightfully calling the routing of the bill through the Senate Transportation Committee an act of legislative trickery:

“Procedural tricks in the Senate are now being used to circumvent the legislative process and hide the grim reality from the taxpayers directly affected by these bills,” said Representative Kern.

“The original bill, SB 1474, could not stand on its own merit and didn’t have the correct number of votes necessary to advance the Senate Commerce & Public Safety Committee it was originally assigned to. This disservice to the citizens of the state who should not be responsible for funding yet another sports arena.”

Kern isn’t without controversy of his own, having sponsored a bill that apparently criminalizes the act of not having identification while riding in an automobile as a passenger. But maybe he’s getting his sea legs…or maybe it’s just that LeBlanc has been a little stingy in spreading around campaign contributions.

See also Neil deMause’s column on Field of Schemes this morning, for a better understanding of how

…virtually all of a [tax incentive financing arrangement] would be cannibalized from sales and hotel tax receipts elsewhere in the state, but a slice of a sales tax surcharge could come out of a team owner’s pockets, depending on how big the surcharge area is — but the vast majority of it would be a straight-up gift to team owners, all to allow cities in one part of Arizona to steal teams from cities in another.

I note with no irony whatsoever that Neil and I independently applied the label of “morons” to the AZ legislators who are promoting these really, really bad deals.

“This arrangement would also work for the arts and music theater Worsley and his wife are proposing in Mesa. No conflict of interest in this, is there?”