There isn’t much I disdain as much as racism. One of those things is false claims of racism. Another is sanitizing the record in order to hide either of those.

“Respect Our Scottsdale Students” (aka “ROSS”) is a Facebook group which describes its mission thusly:

“Regaining the trust of the Voter and the Legislator requires new approaches to our SUSD [Scottsdale Unified School District] budget… Override Funds did not fix SUSD. Improving Classroom performance must be the primary driving factor behind EVERY future spending decision.”

ROSS is ostensibly published by a group of folks who share those interests. A recent thread on the ROSS Facebook page discussed mostly the portion of the quarter-billion dollar Proposition 123 bond that’s targeted toward reconstruction of campuses in South Scottsdale.

Interjected into that thread was a series of comments by longtime community activist Nancy “Loose Cannon” Cantor, in which she chided ROSS for what she characterized as their previous inattention to South Scottsdale. Nancy included this grenade: 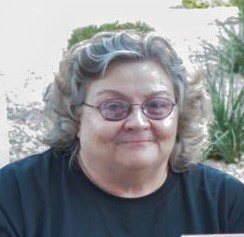 “…[as] a supporter of the members of the [SUSD] Governing Board who are “too Jewish” I find it harder and harder to swallow the diatribe you [ROSS] and your associates spew.”

I replied that antisemitism is a highly inflammatory accusation and that I hoped Nancy could back it up.

Nancy retorted, in essence, that she didn’t say what she said (unfortunately for her, I copied her words exactly for accuracy, and so I could quote them back to her); that we should ‘look at her last name’ (whatever that means); that the conversation didn’t involve me; and that I should calm down and butt out.

I say “in essence,” because about 5 seconds after my last reply to Nancy, the thread was scrubbed. So, I can’t quote the rest of it to you exactly.

But my reply included words to the effect that racism affects EVERYONE in a community, and EVERYONE should be part of that discussion. If we are going to accuse someone of racism, we’d better be right, lest we erode our own credibility.

This wouldn’t be the first time that Nancy has made a self-righteous mountain out of a mole hill, in order to bolster her credibility or to prop up some weak argument that she’s trying to pedal.

And since she has a history of working both sides of a given issue, it’s pretty clear that Nancy’s sense of self-importance and her seat at the table are more important than whatever noble issue brought her to said table.

It wouldn’t surprise me at all to find that Nancy is yet another shill in Virginia Korte’s efforts to hijack the school-age-family demographic for her own political ends, and to use as a tool in Korte’s efforts to personally profit from the ongoing gentrification of the McDowell Road corridor.

As I said, there aren’t too many things I despise more than a racist. You can add “shill” and “liar” to that list. And for her efforts, I’ll award Nancy the ScottsdaleCitizen “Quote of the Day.”