The latest edition of the “Voice of Scottsdale” (aka, “voice of Virginia Korte”) threw a dart at Scottsdale Arts (formerly known as the Scottsdale Cultural Council) this morning. I’ve reprinted the column below, but I’ll give you a little background first:

Scottsdale Arts is a private business that contracts with the city, ostensibly to manage taxpayer-owned cultural assets that include the Scottsdale Center for the Performing Arts (SCPA), the Scottsdale Museum of Contemporary Art (SMoCA), the public art collection, and the Civic Center Mall where a few festivals are held every year.

Scottsdale Arts was awarded this plum via a no-bid process that effectively gave them a twenty-year tenure in rent-free, taxpayer-owned facilities; as well as a $4 million-plus annual taxpayer-funded cash subsidy. In case you were wondering, there’s no revenue sharing back with the city. Scottsdale Arts keeps 100% of the gate for its events. And, I might add, the city frequently contributes hundreds of thousands of dollars in building maintenance, as well as special subsidies for events like Canal Convergence. 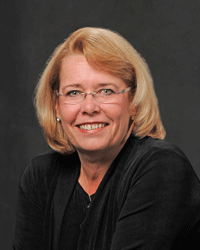 City Councilwoman Linda Milhaven (who also happens to be a VP at Wells Fargo, and served under disgraced former president Pam Conboy in the Account Cramming Scandal Department which has cost Wells millions if not billions of dollars in fines and lost business) was also the chairman of the board of trustees of the Scottsdale Cultural Council before she bought her seat on the city council. Linda still has the Scottsdale Arts organization firmly under her thumb, and it’s part of her power base.

Before her election to city council, Linda hired SCC’s last president and widely-acknowledged whacko, Bill Banchs; and then Milhaven quietly led the SCC board in nursing Banchs through deteriorating organizational dysfunction and embarrassment.

After a long transition period under interim leadership, Neale Perl was hired in August of 2014 as president of what he would reorganize into Scottsdale Arts. In reality, it’s the same pig with different lipstick and different leadership. I see no functional difference.

Perl cleaned house and brought in his own set of cronies to run the Scottsdale Arts divisions. He also brought the Scottsdale International Film Festival in-house in September 2014, along with festival founder Amy Ettinger.

But Perl dumped the festival and Amy in March of this year, claiming–as quoted in a July 2017 Scottsdale Incompetent article—

“Given our mandate to be fiscally responsible for Scottsdale Arts, unfortunately, we are not able to incur the significant expenses of staff time that Amy has proposed,” [Perl] said in a March 30 email to Councilwoman Milhaven.

“As you can gather from Amy’s request, Scottsdale Arts made a significant financial investment in the film festival for two years. As a matter of fact, during the time we lost almost $70,000 in hard costs alone. Please understand that we entered into this partnership with high hopes that we could help the sustainability of the festival, but unfortunately it did not materialize.”

So, in other words, out of over $8 million in taxpayer-funded subsidies Perl received during that two-year period, he couldn’t afford $70,000 to support the film festival. And some of that cost was associated with just letting the festival use the taxpayer-owned SCPA facility for which Scottsdale Arts pays no rent! Hmmm.

Perl got called on the carpet by Linda Milhaven in late March, apparently after Perl fired Ettinger. Then after the July article, and after the Scottsdale Arts board of directors concluded its summer jet setting, Perl was given the old Scottsdale boot. Don’t let the saloon door hit you in the ass on the way out, Neale.

Now the city council (under the leadership of Milhaven, and with obvious support from Virginia Korte) has agreed to codify three-years and $37,500 of financial support (outside of the Scottsdale Arts subsidy) for the film festival.

The lesson in all of this is one that I have repeated often in the last few years: Scottsdale Arts is irrelevant to the culture of Scottsdale. To the extent that it provides any cultural enrichment at all, it’s mostly entertainment for the members of its board of trustees. And it’s primarily a political base for some of the members of the city council, through which they financially enrich their supporters.

Just like Perl cut the financial strings to the film festival, it’s time the taxpayers stopped subsidizing Scottsdale Arts. If they can’t make it on their own, maybe they should just go away.

“Business As Usual”
For Scottsdale Arts

When Kathy Wills was elected to replace outgoing chairman of the Scottsdale Arts Board of Trustees, Andrew Chippindall, she already knew her way around the arts community. Wills, who became a trustee four years ago, had served on the trustees’ executive committee and its development committee and had also been a member of the Scottsdale Center for the Performing Arts Advisory Board.
Wills had no way of knowing she would end up in the center of a controversy less than three months into her watch over the city’s premier art institution … much less help make a bad situation worse.

On Friday, October 6th, the Board of Trustees announced they had accepted the resignation of Neale Perl, the CEO and president of Scottsdale Arts. Effective immediately. So there will be no going away party. And there is no comment from Perl.

The organization’s official news release read that Perl had “resigned to pursue new opportunities.” But it was the Board of Trustees who gave Perl, an accomplished musician, the “opportunity” to spend more time practicing riffs on his cello.

The last thing the organization needs is to suffer a crisis in confidence about its credibility. But desperate to convince the community, including the City Council and taxpayers, that Scottsdale Arts isn’t out of control, Wills and her esteemed colleagues continue sticking to their story. “Neale was a very focused leader,” according to Wills, a vice president at MidFirst Bank, “and he had a positive impact on the organization.”Until 10 days ago.

So what went wrong … why is the organization trying to fake out the public … and afraid to fess up to why Perl rushed out the door like the building was on fire?

They aren’t fooling anyone. They’re just looking foolish. And, worst of all, they’re sacrificing the credibility of Scottsdale Arts – which had been enjoying a comeback after the years of bizarre behavior of the previous CEO, Bill Banchs.Mike Miller, a former member of the Board of Trustees, has agreed to serve as acting CEO until a replacement is found. He has told the board he has no desire to stay on permanently.

Last weekend Wills, who is chairing the search committee for a new CEO, contacted members of the Board of Trustees and Scottsdale Arts advisory boards. She said she would keep them updated on the committee’s progress.

“Things at Scottsdale Arts are business as usual,” Wills assured everyone. Which left some people wondering if that was the good news or the bad news.

This week’s best sound bite comes from Denise Birdwell, superintendent of the Scottsdale Unified School District. When meeting with stakeholders earlier this week regarding the remodeling of Hopi Elementary School, she was asked if there would be another public forum on the issue. Birdwell responded: