A number of folks who I know to be educated (and presumably intelligent) have been astonishingly dismissive of recent findings that Laura Smith, the chief financial officer of our Scottsdale Unified School District lied about the degree of a conflict of interest between her role as steward of taxpayer money budgeted for schools, and her ownership of a company that was a vendor to the very same school district.

I am baffled as to how intelligent folks don’t understand what constitutes a conflict of interest, or why it’s a bad thing.

There are so many disturbing angles to this story and the lack of outrage about it, that I struggle for a place from which to begin. I guess a good vector would be the definition of “conflict of interest.”

Wikipedia has a good definition. For full disclosure (an important concept within the larger discussion of conflict of interest), I’m a frequent contributor and editor on Wikipedia.

But even before we go to the definition, let’s look at Wikipedia’s own POLICY regarding conflict of interest. It says, in part:

COI editing is strongly discouraged on Wikipedia. It undermines public confidence and risks causing public embarrassment to the individuals and companies being promoted…

Readers expect to find neutral articles written independently of their subject, not corporate or personal webpages, or platforms for advertising and self-promotion…

The Wikipedia policy gets a bit esoteric from that point onward, but I think you can understand that self-interest in the subject of a Wikipedia article can potentially erode the neutral viewpoint that is vital to credibility.

Of course there’s an element of self-interest in all that we do. For example, my Wikipedia contributions are generally about topics that are of interest to me. To help folks understand those topics a little better gives me personal satisfaction. But when does “interest” or “self-interest” become a “conflict of interest.”

So, to the Wikipedia article on conflict of interest:

A widely used definition is: “A conflict of interest is a set of circumstances that creates a risk [emphasis added] that professional judgement or actions regarding a primary interest will be unduly influenced by a secondary interest.”[1]

Primary interest refers to the principal goals of the profession or activity, such as the protection of clients, the health of patients, the integrity of research, and the duties of public officer.

Secondary interest includes personal benefit and is not limited to only financial gain but also such motives as the desire for professional advancement, or the wish to do favours [sic] for family and friends.

These secondary interests are not treated as wrong in and of themselves, but become objectionable when they are believed to have greater weight than the primary interests. Conflict of interest rules in the public sphere mainly focus on financial relationships since they are relatively more objective, fungible, and quantifiable, and usually involve the political, legal, and medical fields. 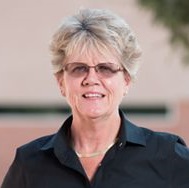 In the case of SUSD CFO Laura Smith, there was a very real risk that she would (and it appears she did) make SUSD financial decisions that directly benefited her company, Professional Group Public Consulting, Inc.

It was reported by Channel 3’s Lindsey Reiser, that Smith failed to disclose that her partner in PGPC is her sister, Carolyne Brackley; and that while working for SUSD, Smith inquired about pricing of PGPC services.

These aren’t just violations of SUSD policy. They are violations of state law. And there are good reasons for laws governing disclosures of conflict of interest by government officials. Some of these include:

That last point doesn’t get discussed very often. But a national news story on Politico last week touched upon it. 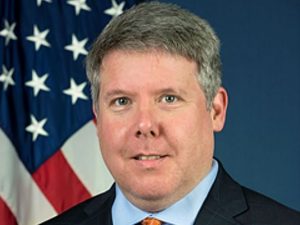 Heath Hall was, until this information surfaced, the acting head of the Federal Railroad Administration. Hall apparently was simultaneously operating a “public relations and political consulting firm,” in Mississippi.

Now there is a lot of other discussion in the article about congressional obstruction of federal appointee appointments, etc. But to my point, Politico reports that,

Hall was in charge of an agency with a $1.7 billion budget, overseeing the safety of 760 railroads, a multibillion-dollar freight rail industry and the safety of millions of passengers.

So, tangential discussions aside, the takeaway question for purposes of the discussion at-hand is this:

In an agency for which the primary function is transportation safety for our citizens, and during a time when it has experienced several high-profile, fatal railroad crashes (four involving Amtrak alone since December), how much time was Hall spending running his private company?

So, my intelligent friends, are you starting to understand why conflict of interest is harmful?

Politico goes on to note,

Hall’s company even got a no-bid, $75,000 public relations contract from the [Madison County, Mississippi] Board of Supervisors the same week he joined [the U.S.] DOT — a move that brought objections from two of the five board members, who wondered why the county wasn’t letting other firms compete for the work. The supervisor who pushed the contract was one of Hall’s firm’s clients, the Madison County Journal reported at the time.

Don’t get me started on no-bid contracts. They are one of the hallmarks of a kleptocracy; along with conflicts of interest; meetings of public bodies from which the public is excluded; threatening legal action against whistle-blowers; and obstructing access to public records. All of these have been present in SUSD for some time, but I’ll focus on conflicts of interest for the present discussion.

What hasn’t been explained yet by local reporting is how Laura Smith got hired in the first place: A pre-existing relationship with SUSD superintendent, Denise Birdwell. Now, it isn’t a conflict of interest, per se, to hire your friends. But if your hired friends aren’t qualified for the job, they don’t understand potential issues like conflict of interest, and you don’t do a diligent search for more qualified candidates (let alone, outright ignoring better qualified candidates who actually applied); then that’s a problem.

That seems to be a problem that extends to a number of other Denise Birdwell hires, like a long-time architect-friend, Brian Robichaux. He was contracted to do campus redesign work but he turned out to not be licensed…and oh, by the way, he’s felon convicted of stealing taxpayer money he was paid to build homes for the Arizona Department of Transportation for citizens displaced by a highway project. 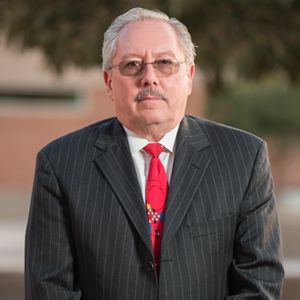 And there’s Louis Hartwell, the brother of Birdwell’s roommate. Hartwell went from a low-level IT position in the Higley Unified School District (which Birdwell wrecked before being recruited by SUSD Board member, Pam Kirby, to come to SUSD). Hartwell is now alternately described as the “chief systems officer” and “chief operating officer” for SUSD. Yet, the credentials upon which he was hired appear to be largely faked, and I personally witnessed him fumbling to figure out how to start a PowerPoint presentation during a board meeting.

Birdwell herself appears to be a commissioned agent for a company that is providing teacher professional development training to SUSD; and multiple SUSD contracts for goods and services have been routed through mysterious intermediaries (which presumably enjoy a cut or commission) instead of being being purchased directly from manufacturers and vendors.

The SUSD elected governing board–whose primary duties are to protect the students and steward taxpayer money–was first notified in June (and may have known much longer) about some or all of these conflicts of interest.

Do the board members (like Pam Kirby) themselves have undisclosed conflicts of interest? Why else would they sit on this information for so long without taking action?

Any private business or corporation would have immediately suspended officers against whom credible allegations of malfeasance have been made. This not just for appearance sake; it’s to stop any ONGOING malfeasance!