The latest shoe to drop in the ongoing Scottsdale Unified School District fraud carnival is the criminal indictment of former CFO Laura Smith.

As the person most directly responsible for the financial health of the 23,000-student district and its $170+ million budget, Smith was simultaneously on the payroll of a company she owned with her sister, and which was a vendor to the district. She directed, approved, and inflated nearly $87,000 in SUSD payments to the company, according to Arizona Republic reporting by Yihyun Jeong.

On Monday (5/14/2018), the Arizona Attorney General publicly announced that a grand jury has indicted Smith on two counts of fraud, along with nine counts of violating Arizona’s conflict of interest laws for failure to disclose her ownership of the vendor company and her family relationship to the other owner.

Like other key SUSD administration leaders, Laura Smith was handpicked for the job by former superintendent Denise Birdwell, based–it appears–on their service together in the scandal-plagued Higley Unified School District.

Birdwell was recruited to SUSD by governing board member Pam Kirby and hired by unanimous vote of the board (including board president Barbara Perleberg, vice-president Kim Hartmann, and members Alyson Beckham and Sandy Kravetz).

The board also approved the hiring of Laura Smith; as well as Louis Hartwell (the brother of Birdwell’s domestic partner, which was not disclosed) as COO. More on Hartwell momentarily…

Taxpayer/parents discovered and revealed to the board in June 2017 (almost a year ago) Laura Smith’s conflict of interest. Yet the board not only ignored those concerns, they actively praised Smith’s performance in spite of them. 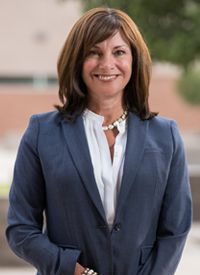 In a board meeting in December 2017, board VP Kim Hartman said,

“I grew up with…some of the most talented people in the [accounting] industry, and I believe you [Laura Smith) are among them. You and I have spent much time together, looking at the numbers…and I have 100% confidence in what you are doing…it’s very complicated, and accounting systems, particularly public school accounting systems are not that user-friendly, and we spent hours looking at them together, and I just want to thank you for the outstanding work you are doing…”

Yet, just over a month later, at the end of January 2018, that the board crumbled under intense media scrutiny, and finally separated Smith from her control of district finances by placing her on administrative leave. It’s not clear how much damage Smith did in the six months after the board was informed of the conflict of interest.

Smith subsequently resigned when it became clear the board wasn’t willing to risk the remnants of their credibility to save her.

After only a few days on the job as Smith’s replacement, interim CFO Doug Virgil identified millions of dollars’ worth of errors in the SUSD budget. For example: a $2,398,492 expense was mistakenly double-entered (see the 5/10/18 board meeting). So, yippie, we have $2 million bucks we didn’t know we had!

And Virgil educated the board on approximately $41 million in cash reserve funds (mostly for self-insurance within Fund 550) that they didn’t know about. See the SUSD board meeting video from 4/3/2018 starting at about time index 3:40. Gee, I wonder why Laura Smith never explicitly reported them to the board? And in fairness, it seems like her predecessors never did, either.

Virgil emphasized that these funds and their balances are reported in the Comprehensive Annual Financial Report. So if the board members had ever actually read the CAFR for themselves, they might have seen it and asked questions a lot earlier.

And, by the way, Pam Kirby’s feigned surprise and concern about these funds belies the fact that she was told about them months ago by a concerned parent/taxpayer.

Doug Virgil also referenced “money on deposit” with “trust-like” entities, for which I have never seen any reporting. Such entities presumably include the Arizona School Risk Retention Trust, to which I’ve submitted several public records requests but have yet to see the documents.

As far as other SUSD administrators, Birdwell and Hartwell are already gone, having negotiated payoff from the board subsequent to charges of taking bribes (Birdwell) and faking work history (Hartwell). My money is on Hartwell being the next to be indicted, as the AG and the grand jury work their way up the food chain by squeezing the canaries.

So, in summary, I’m sure accounting IS complicated, especially for a budget the size of SUSD’s. But account-ABILITY is not that hard. It’s actually quite simple: Follow the rules (laws and policies), err on the side of transparency, and don’t tolerate those who do otherwise.

The board tolerated the behavior of Birdwell, Smith, Hartwell and others for far too long. It’s time the board accepted responsibility for their inaction by resigning. Of course, I’m not backing off my longstanding assertion that at least some of the board members knew exactly what was going on and may have participated in the malfeasance. Stay tuned…