Until the last election, Scottsdale had a 100% “Republican” city council and mayor. I put “Republican” in quotes, because I always thought the party platform’s primary plank was fiscal responsibility.

During the last decade, our elected officials (including Mayor Jim Lane, Virginia Korte, Suzanne Klapp, and even some who are supposedly populist politicians who are our “friends”) have run up a municipal debt of around $2 billion. And they’ve shorted infrastructure maintenance by double-digit millions of dollars a year. So, by my calculations, we have another $2 billion in deferred infrastructure maintenance. City staff finally admitted to $800 million of that last year during discussions about putting a bond (more borrowing) on the 2019 ballot.

Of course, a big piece of the ask was fluff and had nothing to do with real infrastructure like street paving.

All of that is bad enough; but during that same time period, the city has used YOUR tax money and good credit to subsidize the PGA ($20 million), Phil Mickelson ($2 million), the NFL ($1 million), Fashion Square ($1 million), and the idiotic Scottsdale Cultural Council (nee “ScottsdaleARTS”) to the tune of over $4 million IN CASH EVERY YEAR, not to mention free rent.

So, before you vote this fall to raise your own taxes (which is kind of stupid when you put it like that), you should ask:

One final illustration of the utter stupidity of voting for these bonds. This is a photo of a big, freaking, tire-popping pothole on Redfield Road at 76th Street. This is the primary entry to the Airpark from the southeast, and you can see the airport fence in the background. The entire length of Redfield in this area should have been repaved several years ago, and this pothole has been there for at least four months. 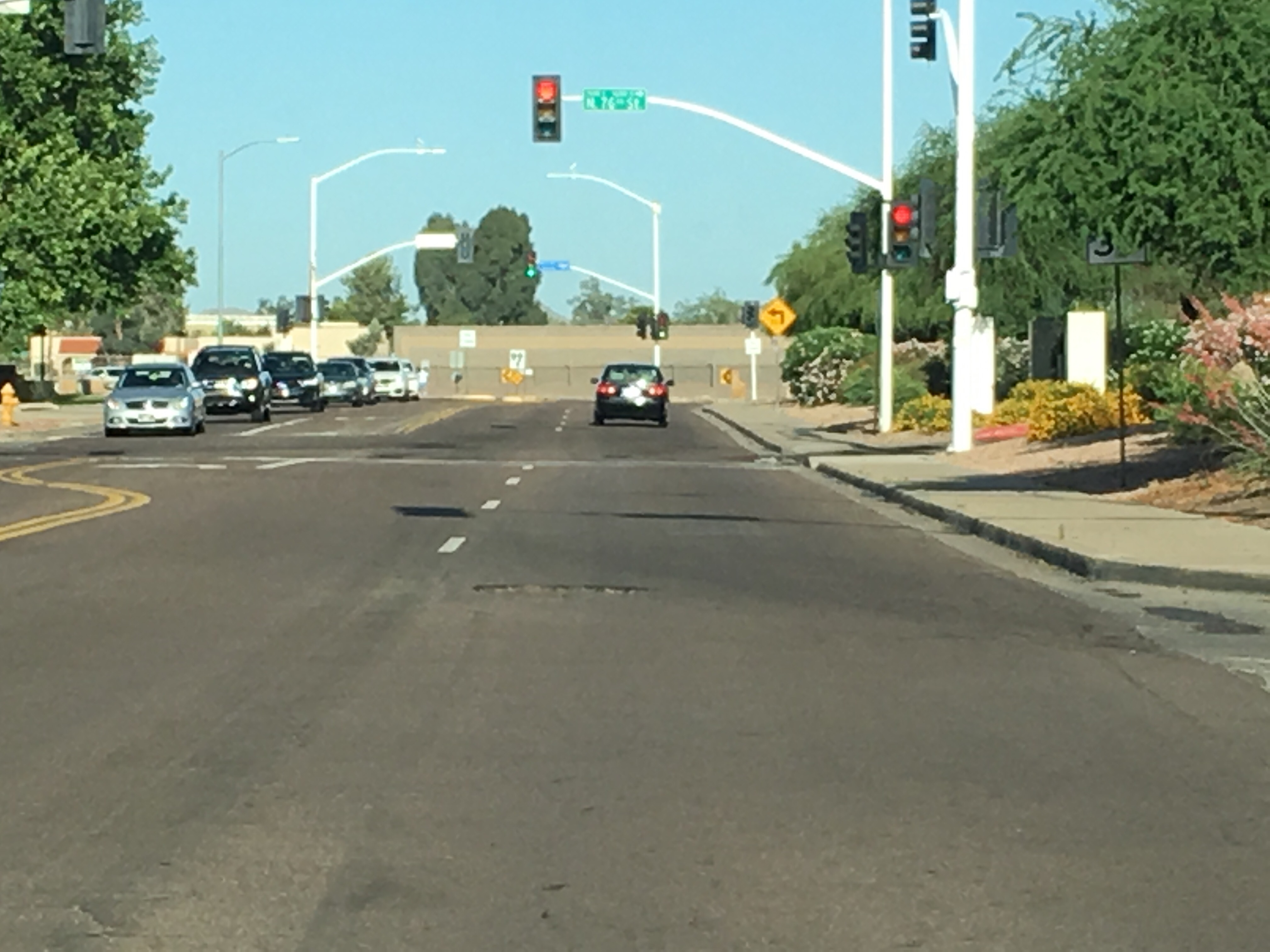 Yet Jim Lane and the city council recently approved knocking down a perfectly good airport terminal building, and spending $27 million dollars to build in its place a monument to fiscal irresponsibility. And they borrowed the money to do it.

Hundreds of millions of dollars have gone into repaving and resealing the surfaces on the airport. In fairness, some of that money came from federal airport improvement grants (which is also tax money), and airport maintenance is important. But $27 million for a new terminal building is ridiculous, in light of all the real infrastructure needs of the city.

And I might add that most of that money is spent via no-bid contracts awarded to friends of the mayor and council.

Never vote to raise your own taxes.

PS (5/14/2019): Several people asked for expanded thoughts on some of the information I presented above. Here is some additional perspective:

Proper municipal budgeting should include ongoing contributions to capital maintenance. Every capital asset (assuming it’s properly constructed in the first place, maintained in accordance with best practices, and there’s no act-of-God-type incident) has a known depreciation and maintenance schedule.

The budget should include equivalent contributions to maintenance (“capital improvement projects,” aka “CIP” fund), and this should be carefully considered during the financing/ procurement/ construction process. Tangentially, I note that there was very little discussion of this consideration during the so-called “public outreach” which some folks have cited.

It’s because development fees are inadequate, and even those are often waived or reduced for Friends of the Mayor and Council.

Are development fees collected and put into some sort of infrastructure fund, like the CIP? Apparently not. What little money is collected appears to be dumped into the General Fund, some of which is doled out to the same Friends of the Mayor and Council, in the form of cash subsidies for stupid projects and events. It is asserted that such projects and events are “good for Scottsdale.” If so, why are we having to borrow money to pave our streets?

This is not unlike the dumb-ass “in lieu” parking fees (aka “phantom parking” fees) where downtown bars (for example) can essentially buy exemptions from having enough parking to support their projected customer traffic. That money is supposed to go into a fund to pay for new parking garages, etc. Where is that money?