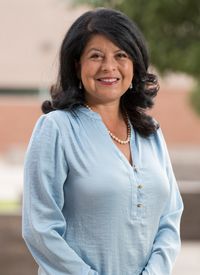 This year through May 31, when [former Scottsdale Unified School District governing board member Pam] Kirby no longer served on the school board, she and [then and current board member Barbara] Perleberg exchanged 1,892 text messages and phone calls, some of which occurred during [SUSD governing] board meetings…

“This [open meeting law complaint] is not in the spirit of supporting children,” [former board member Kim Hartmann] said.

Neither is knowingly violating the open meeting law, Kim!

“It depends on how egregious the offenses are found to be during the investigation,” [Chris Thomas, general counsel for the Arizona School Boards Association] said. “If they’re serious, where the individuals involved knew what the law was and got advice as to what the law was, that would be a knowing violation.”

Let’s see… Pam Kirby is a former president of the SUSD board, and served ten years as a procurement consultant to the Dallas Independent School District, as well as serving on the Paradise Valley, AZ town council. Barbara Perleberg was the president of the SUSD governing board at the time of these violations. They will have a hell of a time trying to make the case that they didn’t know the law.