Just like with the Scottsdale Independent a few years ago, I had high hopes for the renewed Scottsdale Progress newspaper.

The original Scottsdale Progress, under editor and publisher Jonathan Marshall, did great things for our community. In fact, Marshall and his crew had significant impact on state law affecting, among other things, government open meeting requirements and public records policy.

But I find myself disappointed once again, as one of the first major issues the Progress is covering has received almost completely one-sided exposure, and virtually no depth in terms of background and underlying causes.

I am speaking, of course, of today’s election regarding authorizing the Scottsdale City Council to borrow (and pay interest in) as much as $300 million against the good faith and credit of the taxpayers and property owners of Scottsdale, for a variety of ostensible public needs.

I won’t go into all of that background here, as you have undoubtedly read my extensive comments on the subject in previous posts.

However, for the past few weeks and months there has been a steady stream of letters and columns from the well-funded and well-organized pro-bond camp published in the Scottsdale Progress.

I complained to the editor of the Progress, and he offered me the consolation of reprinting my argument against the bonds which already appeared in the bond election pamphlet mailed to the voters last month. 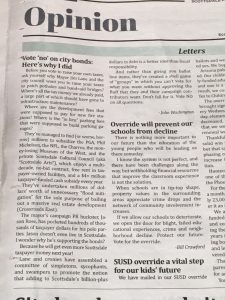 Unfortunately, my argument did not get published until the final print edition before the election which was on the newsstand yesterday, and it appears nowhere in the Progress’s social media even as late as this morning, the day of the election.

Additionally, my argument appeared as an opinion letter to the editor. It was followed by three MORE pro-bond arguments, all styled as “columns” from “Progress Guest Writers,” along with their head shots; all of which, I suppose, is designed to add legitimacy to their arguments. 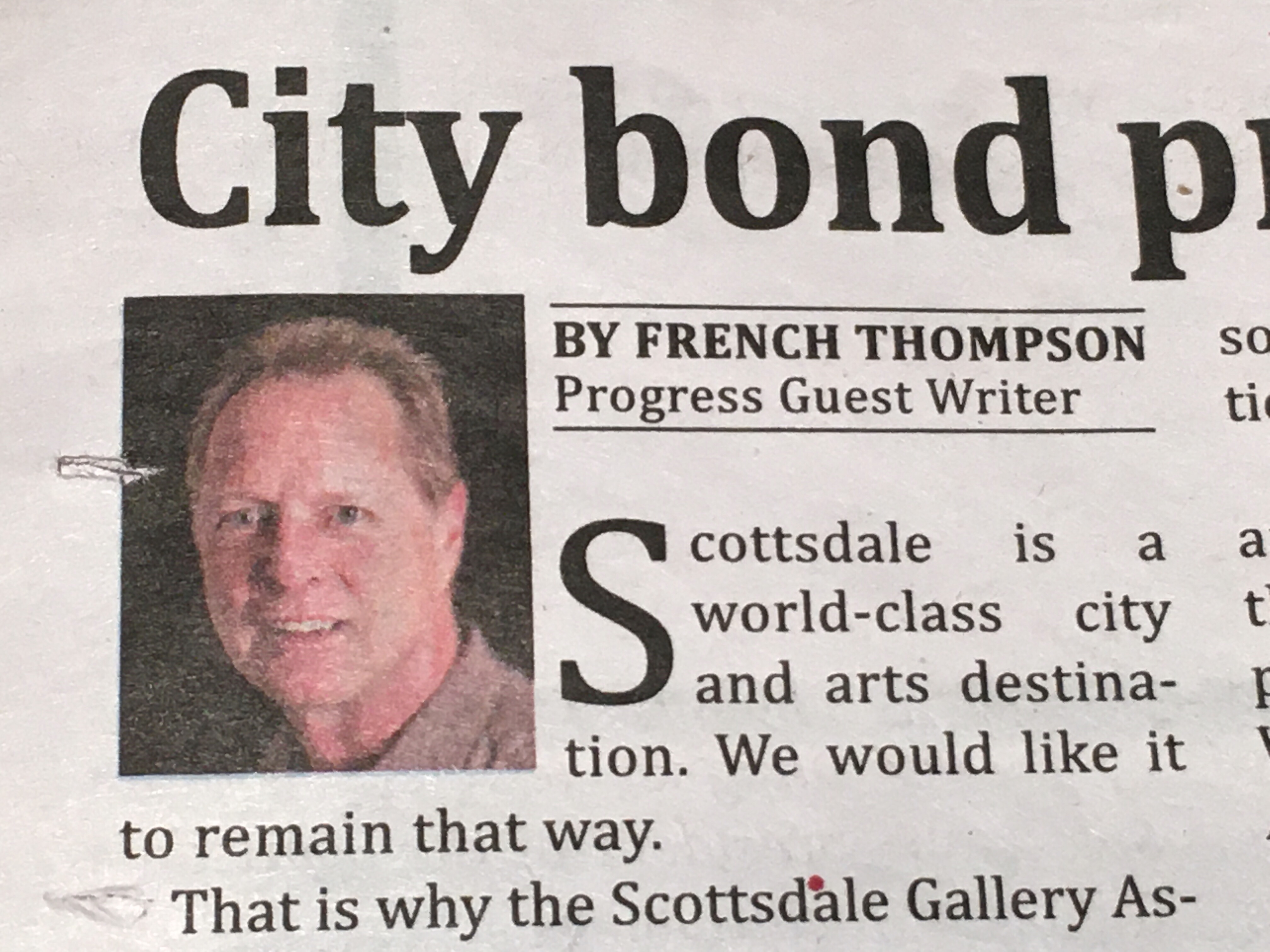 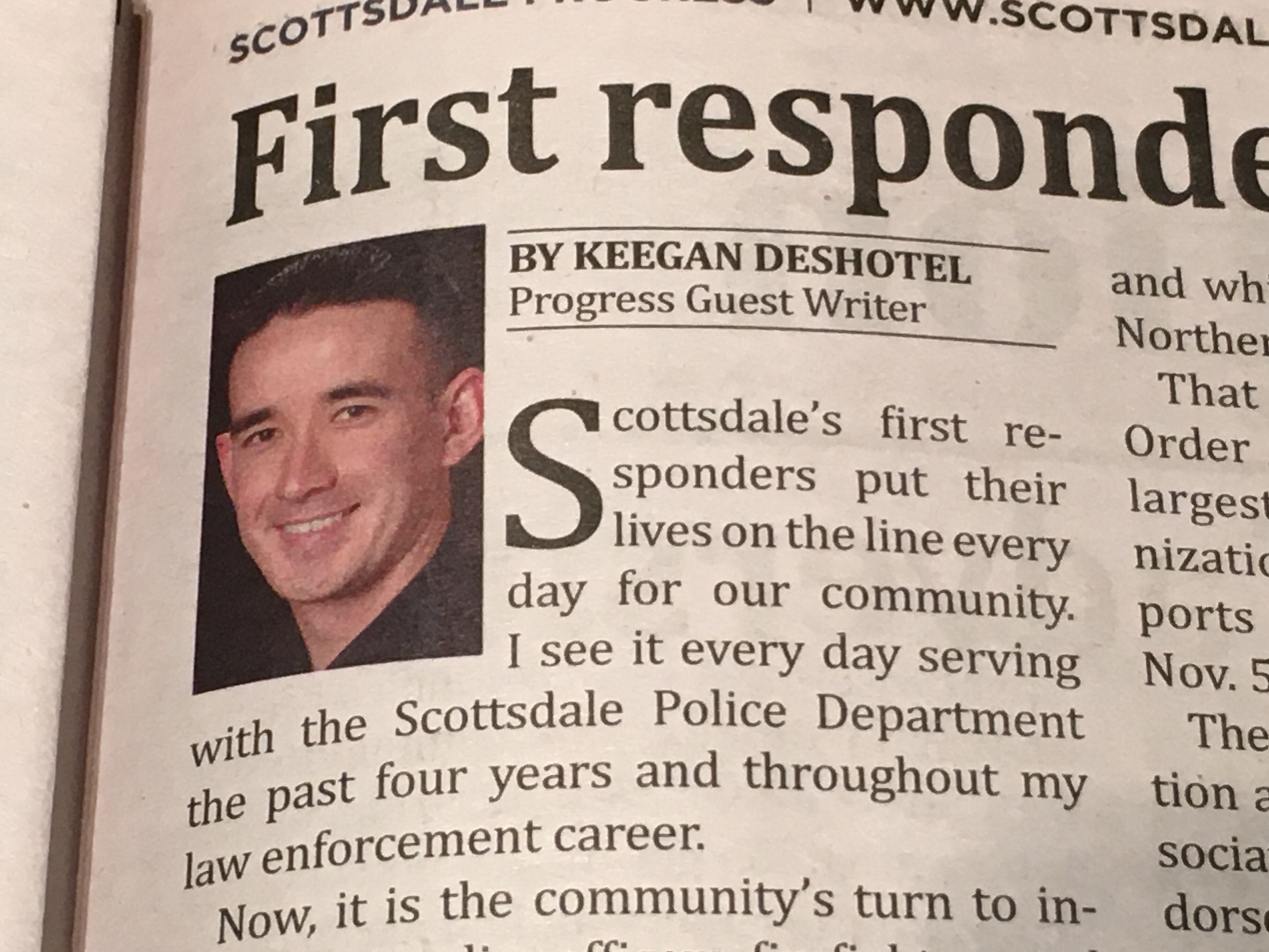 I guess I will just have to keep hoping for some real journalism to ride into town at some future point, because at the moment I am not seeing a lot of difference between the Progress, the Independent, and the Chamber of Commerce newsletter.