I received an entertaining, late-night email from Otis Norton in my inbox this morning, in which he threatened me for mentioning one of his friends in a social media post. 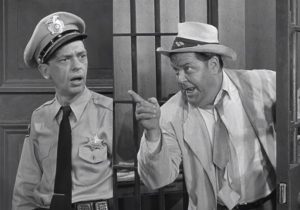 I’ve been around and involved long enough to have been threatened by a few folks. So, while I always take threats seriously, this one mostly just provides an opportunity to connect some dots.

I’ve copied the email from Otis below. But to provide some background, I had referenced Sandy Schenkat in a post about a woman going by “Kimberly Rose,” who was exhibiting some obsessive behavior toward me during what started out as a factual discussion (or so I thought) on social media over a mainstream media article on national politics. She concluded with, “What a dumb ass [sic] you are.”

This was remarkably similar to a post some time ago from the aforementioned Sandy Schenkat.

I haven’t spoken to Sandy in years and I have no direct knowledge of her current situation, nor do I care to know…as long as she leaves me alone.

But Otis Norton seems to share this same obsession, and he is quick to manufacture an excuse to ratchet up his righteous indignation to attack some perceived slight against him or his friends.

Disregarding double-standards and hyperbole, the late-night nastygram from Otis was signed in his capacity as:

Co-Chair and Co-Founder, The SCOTT Project, founded upon the principle that fact based [sic] analysis and civil discussion between opposing points of view moves Scottsdale forward more efficiently than any other concept

So, let’s revisit “the SCOTT Project,” and Otis’s cronies within it.

I was going to pick out a few choice names, but it’s pretty much the whole list. Here’s their own, published membership roster:

There are a couple of names on that list of folks I don’t know. Most of the rest feed at the trough of development, and have long advocated for undermining Scottsdale’s General Plan, the organic law of development for our city.

There are some folks who I think allowed themselves to be unwittingly sucked into this black hole of developer lobbying. However, two of these people are candidates on the ballot in November who either ought to know better, or they are part of the unscrupulous mission of the group.

Julie Cieniawski is running for Scottsdale Unified School District Governing Board. It bears noting that SUSD was recently rocked by a scandal involving (among other things) no-bid contracting for school rebuilding. So Julie shouldn’t have come within a mile of this group.

Tammy Caputi is running for Scottsdale City Council. As a major supplier to contractors and developers (and with membership in this group, she’s effectively a developer lobbyist), how is she going to avoid having to recuse herself from every major development decision that comes before the Council?

We have better candidate choices than folks who have such poor judgment to associate with this group, and especially the delusional Otis; who fancies himself to be a one-man “visionary think tank.” Or is it, “drunk tank”?

A friend sent me a link to one of your recent posts.   I don’t read your stuff and haven’t for a long time. Reading this one reminded why it’s a great idea to ignore you – until it’s not.

Why did you drag Sandy Schenkat back up to eviscerate her for no reason other than to serve the needs of your own mental sickness?  A woman who attempted suicide because she was horrificly harrassed by you and Emily Austin. Who left town almost a year ago and has said not a word about you since.

Did mocking Sandy somehow raise your status among your minions?

Or are you something like the Ted Bundy of social media?   You come back to assault your victims in their emotional graves.  Why?

Did it feed some beastly need to abuse others?   And if so, what causes that sick behavior?   What happened to you at some point in your life that tormenting the weak feeds your needs?

She certainly has said not a word about you for a year.   Yet you reached back, chose to pick a fight with someone who’s said nothing about you in a year, just to mock her one more time for your own demented amusement.   Undoubtedly you hoped she would learn what you said.   Right?

Don’t do it again.

She may be fodder to you, but to me she’s a human being.   Fragile, with faults, but a human.

Don’t do it again.

—
Co-Chair and Co-Founder
The SCOTT Project,   founded upon the principle that fact based analysis and civil discussion between opposing points of view moves Scottsdale forward more efficiently than any other concept

Co-Chair and Founding Chair
For The Best of Scottsdale, a Political Action Committee for the Scottsdale City 2019 Bond Election