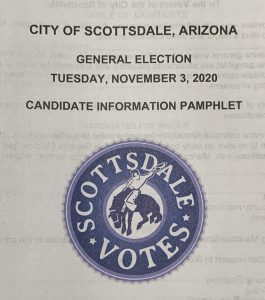 If you are visiting ScottsdaleCitizen for the first time because you received my letter, welcome!

The information below is all in the letter, but forwarding this article to your Scottsdale friends is a great way to leverage it out to a larger audience of voters. And I’ve included convenient hyperlinks to the websites of the candidates I support.

Feel free to email me via John@ScottsdaleCitizen.com for further discussion on these topics!

I encourage you to vote for Tom Durham and Betty Janik for Scottsdale City Council and David Ortega for mayor.

In case you don’t follow civic matters in Scottsdale, I’ve been advocating for a couple of decades on behalf of taxpayers, and for neighborhoods like mine in Downtown Scottsdale. My goals have always been fiscal responsibility and government respect for all citizens, not just for whoever makes the largest campaign contributions.

During that time, I’ve fought against hundreds of millions of dollars’ worth of taxpayer-funded giveaways to private businesses, no-bid city contracts, and upzoning gifts that erode our quality of life. I’ve also opposed paying for all that wastefulness via massive borrowing, cuts to citizen services, and cuts to infrastructure maintenance.

Despite my efforts, these bad policies persist. Just this week, our city council approved a massive taxpayer-funded payment to a private golf club to host a college golf tournament.

There is a lot of pre-election happy talk coming out of Scottsdale city hall right now about how the pandemic hasn’t affected tax collections as badly as feared. But all you have to do is look around at the shuttered businesses to see that the happy talk is a lie.

Meanwhile, BEFORE the pandemic, Scottsdale ALREADY had over a billion dollars in debt after years of structural budget deficits. Our underfunded infrastructure maintenance probably totals more than TWO billion dollars. I say, “probably,” because I have yet to get a  straight answer on that from city staff.

We need city council members willing to stand up for us and stop this nonsense.

I don’t trust John Little to do it. Every interaction I ever had with John when he was a city employee was full of excuses as to why he couldn’t help citizens with problems affecting their neighborhoods. And we shouldn’t forget that John was fired for allowing his friends on senior staff to line their pockets with his Retirement Incentive Program.

I don’t trust Tammy Caputi, who actually published a letter in the paper that said she feels it’s her job to say “yes” to every corporate welfare recipient that comes begging to the council for a handout. Naturally that includes her clients in the construction industry.

Guy Phillips was never a reliable ally on these issues.

I don’t know Becca Linnig, maybe because she has never been involved in any of these issues.

I’m not willing to hand my checkbook to Lisa Borowsky and her developer/bar owner clients and friends. We got a preview of Lisa’s agenda from her four years on the city council. Her vision for Scottsdale is not one I share.

Tom Durham and Betty Janik have proven themselves as advocates for the citizens. I encourage you to vote based on that track record, rather than slogans and glamour shots.

A “double-shot” for Durham and Janik is our BEST shot for true citizen representation on the city council. And I’m voting for David Ortega for mayor.

Similar problems face the Scottsdale Unified School District, and I’m counting on Rose Smith and Zach Lindsay to continue the turnaround from the corruption that happened while Pam Kirby and Barbara Perleberg were running the board. Some of the other candidates were recruited and have been groomed by Pam Kirby, so choose wisely.

As long as I still have your attention…

I’m voting for Seth Blattman and Eric Kurland for State Senate and State House. I believe that many of our local problems stem from preemption of local control by “conservative” pretenders in the State Legislature, like Michelle Ugenti-Rita and John Kavanagh. Seth and Eric are far better choices.

And I’m voting for Hiral Tipirneni because I don’t trust David Schweikert. Everything else aside, diverting campaign funds (i.e., stealing from campaign contributors) ought to be the end of Schweikert and people like him.

On a final note: I’ll stop with the specific candidate recommendations here, because these are the folks who most directly affect us here in Scottsdale, and because they are the ones with whom I am the most familiar. But as in doing my own research on others, I’ve noticed a trend that’s unsettling to this registered Republican who first voted for Ronald Reagan: My party is fielding some disturbingly bad candidates.

The state party and the LD23 GOP folks have lost their minds. I’m not super impressed with the LD23 Dem organization, either, and I think campaign consultant Jon Ryder is a real jackass.

But having said that, virtually all my up-ticket selections are Dems. And I will also say that their recent bulk mailing was pretty well done, especially the ballot-style crib sheet.

Please also visit ScottsdaleCitizen on Facebook at www.FB.com/ScottsdaleCitizen for much more information on city issues, and other recommendations for county, state, and federal candidates.

Thank you for your time and consideration.

I paid for the mailing, and the opinions I’ve expressed are mine alone.