How Bad Must It Be? General Plan Update Election 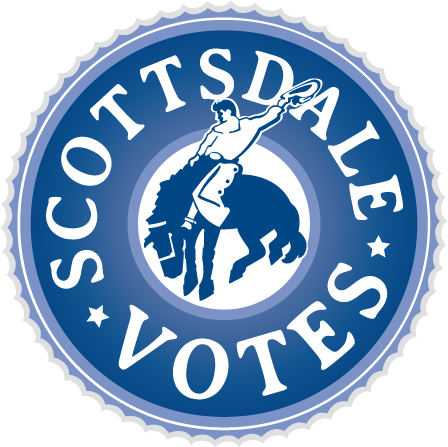 How bad does Scottsdale’s General Plan update have to be, to have garnered so little support from the council majority, the Chamber of Commerce, and the movers-and-shakers who think nothing of dropping $100 to get their supporting arguments published in the election pamphlet?

I dutifully handed over my $100 yesterday (which hurts me a lot more than it hurts the usual suspects), and handed in my typed argument in opposition. I asked for, and received, a copy of all the arguments submitted. I’ve reproduced them below.

Not surprisingly, mine was the only opposing argument. The surprise was the dearth of supporting arguments. The few arguments which were submitted didn’t amount to much reading, even for a fellow who reads really slowly.

Freshman mayor David Ortega didn’t have to go too far out on a limb, given his background as an architect, and his track record from his previous time on the city council.

Solange Whitehead has been a disappointment from the moment she got on the council. And her finger-in-the-wind approach to development approvals has been unimpressive. But it’s still sad to see her taking a victory lap in favor of the process that yielded this GP update. I have to remind myself that she’s a realtor and real estate investor.

I don’t know David Pierce, but his non-argument is pretty weak. And at least he has the decency to disclose that he’s a real estate broker.

Betty Janik… her argument is nothing but word salad. She had a real opportunity (I daresay even a mandate) to dive into this issue, but chose to take a powder. Now she “vigorously” supports the update?

Coalition Of Greater Scottsdale? Mmmm. A perennial disappointment. As a founding member of COGS who vividly remembers the vision of a city-wide version of Bob Vairo’s respected, feared, and effective Coalition of Pinnacle Peak, I’m especially let down by COGS. Their mission statement now seems to be, “Give me a seat at the table, and it’s all good.”

Banker Linda Milhaven is absent (along with Banker Jim Bruner). Tammy Caputi is MIA. Tom Durham is off in the wilderness tilting at some windmill. Kathy Littlefield? Who knows. Wasn’t their vote to put it on the ballot unanimous?

Rachel Sacco at Experience Scottsdale (formerly the Convention and Visitors Bureau) is wisely quiet. Dennis Robbins and his Charros have left the building. Don Henninger and the Scottsdale Coalition of Today and Tomorrow? Maybe Mike Norton launched a torpedo that armed itself before it got out of the tube.

Rebecca Grossman’s Scottsdale Area Association of Realtors has no hot air to share.

The notorious Scottsdale Area Chamber of Commerce (and Developers) is top heavy with names I do not recognize, other than a few local rogues who normally have a lot to say.

Who knows? Maybe given the current climate of Covid-19 and variants, and the focus on national/state political drama, we won’t have much of an election in November.

But I hope a few folks in Scottsdale are paying attention, and hopefully they will vote “NO” to reject the watering down of the General Plan… retaining what little control we still have over the future of our city.

I am proud of Scottsdale’s General Plan 2035, which is truly citizen-driven, written by all stakeholders. Please vote YES, sign and mail-in the ballot as soon as possible.

Why is the General Plan 2035 so vital for Scottsdale? It is the blueprint document, updated every ten years, which directs and guides city staff and city Council in their decisions. Scottsdale government is the most accountable, responsible and responsive when it adheres to the General Plan.

Having lived in Scottsdale for over 42 years, I know that Scottsdale is a unique place because of our community spirit captured in the opening Vision statement:

Scottsdale will continue to be an exceptional Sonoran Desert experience and premier international destination, where our Western heritage is valued. Our diverse neighborhoods foster outstanding livability, social connectivity, healthy lifestyles and a sustainable environment. Scottsdale will thrive by attracting and retaining business centers of excellence that encourage innovation and prosperity.”

“Scottsdale will respect and be sensitive to the history and legacy found in the heart of Old Town, in designated Historic Preservation neighborhoods, at archaeological sites, in the equestrian community and within cultural and architectural resources, which define our Sense of Place.”

After scores of public meetings, hundreds of hours of discussion, eight Council work study sessions, and countless public comments, your Council voted unanimously to forward General Plan 2035 for your approval. There are too many elements to recount here, but details are at https://www.scottsdaleaz.gov/general-plan/general-plan-updates.

Citizen participation, resilience, and innovation inspire us as we embrace the past and step into the future. This is our plan, for our city. Together, we are Scottsdale, Arizona — the one and only one in the world!

Be a part of our success by voting YES on General Plan 2035.

I am enthusiastically encouraging everyone to vote YES on Proposition 463 and ratify the General Plan 2035.

Scottsdale’s greatest achievements happen when City Hall and the community are aligned and working side-by-side. Scottsdale’s General Plan (GP) 2035 is the result of just such a collaboration. GP 2035 is a bold, forward looking plan based on the founding values and priorities that made Scottsdale an international standout.

Scottsdale is much more than a luxury destination; it is a great place to live. This is not by chance and the General Plan 2035 is written to ensure Scottsdale continues to enjoy the highest standard of living in our beautiful desert environment. The GP 2035 re-affirms a long-standing resident priority to acquire and protect acres in the McDowell Sonoran Preserve and emphasizes the need to expand natural open spaces and wildlife corridors on public and private land. It places emphasis on higher design standards for development and the need to balance growth with public benefit. New character area plans strengthen protections for Scottsdale’s distinct neighborhoods and there is emphasis on public safety, transportation, and services for vulnerable populations. The GP 2035 includes new sections on education and tourism recognizing that the success of each is crucial to our City’s future. The GP 2035 sets broad and ambitious sustainability goals that will protect people, the planet, and the City’s budget.

After earning the unanimous support of the City Council, the General Plan 2035 is now in your hands. Join me in supporting a healthy and prosperous future for Scottsdale and Vote YES on General Plan 2035, Proposition 463.

I am writing to share my support in approving Scottsdale’s General Plan 2035. Like you and many before us, I chose to marry, build a career, and start a family in Scottsdale after graduating from a university in Arizona (Go Cats!) and relocating from another state (Go Cubs!).

I find the general plan to be a guide in letting me know more about issues that I value in our community. Together as Scottsdale residents, we can get involved in our city’s future by reviewing information about our city’s Character, Economic Vitality, Neighborhoods, Open Spaces and Sustainability. I recommend that you go to the following link, https://www.scottsdaleaz.gov/general-plan/general-plan-updates, and vote YES to keep Scottsdale family-friendly, business-successful and a safe place to enjoy life!

I vigorously support General Plan 2035 and recommend a YES vote from you, our citizens.
This is your opportunity to show support for a visionary plan that outlines the goals for the future of our amazing city. It is the result of a collaboration of residents, civic organizations, staff, and City Council to capture the Scottsdale Vision. It preserves our values and is a guiding light to a bright future for the next decade and beyond.

GP 2035 has a few new elements. It includes a section on tourism and celebrates our position as a sought-after tourist destination. It recognizes the economic significance of tourism as a driver of enhanced levels of community services keeping our city clean, safe, and innovative while reducing our tax burden. The new section on education encapsulates all the services offered by the city from toddlers to seniors. Great cities thrive on superior educational opportunities and the new plan highlights these offerings. Additionally, the plan protects our character areas by outlining and reinforcing guidelines for thoughtful development.

Sustainability is another major theme that runs throughout the entire document. From green building guidelines, to water conservation, from curbing the urban heat island to recycle, reuse, regenerate; all aspects of sustainability are considered and of great importance. The final section has a data table that lists the programs in the General Plan with a timetable for implementation and evaluation.

The quality of life enjoyed by our citizens is celebrated and protected. Through preservation of view corridors and open spaces, including parks, bike trails, and the McDowell Sonoran Preserve, our unique “sense of place” in the desert southwest is enriched.
City Council voted 7-0 to approve the plan. Now it is up to you to usher in passage of General Plan 2035 with a YES vote.

The COGS Board of Directors (Coalition of Greater Scottsdale) unanimously and strongly supports the proposed General Plan 2035, and we encourage all voters to join us in a resounding YES vote. Our reasons are:

• General Plan 2001 was the last time voters approved a General Plan update. The city has changed considerably, and an update is absolutely needed to address the present and the future direction.

• Current Council members strengthened the language to promote adherence to GP guidance by using “shall” instead of “may” or “consider” that developers preferred.

• Additional language was added to:

Is this plan perfect? No, nothing is, but it is far better than what is guiding our development and growth now and we need a plan that provides better direction.

Our current council has worked hard to do just that, and we firmly believe voters should approve this plan to guide our future.

We hope you will join us and vote YES. Thank you.

Vote “NO” on the latest version of the developer-friendly General Plan!

The General Plan, “…is a policy document setting forth the community’s long-term objectives, principles and expectations for future growth and development.”

We’ve had the current General Plan since 2001. What’s wrong with it? And how is the new one better?

You might think a Plan ‘update’ would start with those questions. But no!

Your sold-out (and/or ignorant) elected representatives on the City Council have put a proposal on the ballot which was written by folks they appointed, many of whom have ties to developers. They were guided in this effort by city employees who have ridden, or hope to ride the revolving door into developer jobs.

Concerned citizens with opposing viewpoints who were involved in this years-long ‘update’ effort were eventually culled from the process.

The General Plan is supposed to protect your quality of life, the quality of development, and the fiscal sustainability of Scottsdale. Yet, from the day the citizens originally approved it, developers and their rented politicians have worked tirelessly to undermine and erode its high standards.

The result? Ever-increasing crime, traffic, potholes, and failures of infrastructure and services. The city council now begs at almost every election for you to tax yourself more so they can borrow money (bonds) to fix these problems.

Is this kind of development really (as they say) “Good for Scottsdale?”

If anything, the General Plan should be MORE restrictive, not less. Vote “NO” and keep our few remaining ‘rules’ for quality development and intelligent growth.