I don’t often single out individual citizens for criticism. However, in the case of Larry Kush, I’m going to make an exception, since he chose to insert himself in a thread of commentary about something that he, of all people, should have left alone.

And then he called me racist. 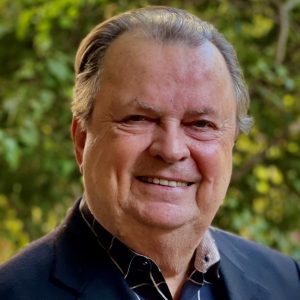 I made a comment on an opinion piece promoting high-density housing by Jason Alexander which was full of misleading statements. Yet, it was posted without any vetting by the folks who claim to be journalists at the Scottsdale “Independent.”

This is rich, coming from a guy [Jason] who lives in a gated community in North Scottsdale.

Someone flagged that comment, in an effort to get the Independent to remove it. To their credit, the Independent did not (so far). But they may end up nuking the whole thread, so I’m going to preserve it here for future reference.

I added (with double-indented quotations from Jason’s column):

Me: I find it very interesting that someone flagged my previous comment on this completely unvetted press release as being “uncivil.”

Funny, in the article I read Jason Alexander calling others (including Mayor Ortega), “jingoistic,” “hostile,” “hyperbolic,” “insensitive,” and (in essence) fear mongers.

With regard to the writer’s cry for more, “…fact-based and data-centric…” dialogue, let’s start with his abuse of statistics:

Jason: Apartments are huge economic wins for the city’s Water Department. Concentrated infrastructure is far cheaper than running sewers and pipes to 200 homes.

Me: That’s only true if you are talking about starting with bare land and doing an either/or analysis. Most of the apartments in South Scottsdale (where most of the new construction is taking place) are infill projects which are displacing other uses, many of which used comparatively little water.

Jason: Water Director Brian Biesemeyer gave a presentation to City Council on Aug. 24, describing the requirements and fees for multifamily projects to invest in our infrastructure when built.

Me: City staff has parroted this for years, but the fact is that many development fees are reduced or waived altogether, depending on how thoroughly the developer greases palms at City Hall.

Jason: New multifamily units capture almost all of their water…

Me: The only difference in water use between most “new multi-family units,” versus older multi-family or existing single-family uses is landscape irrigation. As more and more existing/older properties convert to xeriscape, the difference becomes negligible. And again, the writer is implying that new housing construction is replacing older stock. Instead, it’s mostly ADDING to existing housing stock.

Jason: …where our Water Department recharges it and reuses it in the community.

Me: First, the only water that the water department doesn’t ‘reclaim’ (which is a more accurate term in this context than “recharge”) is landscape irrigation water.

And second, they don’t actually “recharge” (as in put it into the aquifer) nearly as much reclaimed wastewater as they should, because a lot of it gets piped to golf courses at highly subsidized rates. In fact, the water pumped uphill to golf courses in North Scottsdale is actually treated to a higher standard than most of the water that comes out of faucets of folks who live in South Scottsdale!

A closing comment: I’m pretty sure that this writer has been compensated by developers for promotion of some of these projects. We don’t know that, because the “Independent” didn’t ask and didn’t check.

Here’s where Kush stuck his nose in where it didn’t belong:

Kush: Not being compensated just believes that people have a basic right to housing

I’m glad that the least important point is the only one with which you disagree. But I’m pretty sure you are wrong.

I, too, believe people have a basic right to housing. BASIC housing. Whether that turns out to look like housing projects, I don’t include taxpayer-subsidized “luxury apartments” in that notion.

Kush ups the ante with:

You sir need to do some homework on the economic benefits and environmental benefits of MF [multi-family] Housing (over urban sprawl) and stop implying that because someone supports MF that they are somehow in the developers pockets.

Just because you hang out with shills, Larry, doesn’t mean that everyone else is a simpleton. I’ve done plenty of “homework” on these and many other civic issues, and I have written extensively on them. And you obviously can’t challenge any of my observations in my very lengthy original comment, otherwise you would have

Having grown up in the South, I don’t need a lecture on segregation from someone who just read a book on it in order to help rationalize their own skewed perspective.

I now understand why you want to keep “those people” people out of our city.

The biggest waste of my time is arguing with the uneducated fanatic who doesn’t care about truth or reality, but only the victory of his beliefs and illusions. I never waste time on discussions that make no sense. There are people (such as you) who, for all the evidence presented to them, do not have the ability to understand. You are so blinded by ego, hatred and resentment, that the only thing that you want is to be right even if you aren’t.

Are you calling me a racist, Larry?
For a guy who doesn’t “waste time,” you sure have.
If education is your yardstick, I’d gladly compare my CV to yours, any day.
And as far as “evidence,” you haven’t presented anything that remotely resembles it.

Now, I’ll admit that arguing with a shill on what amounts to social media (because you can’t really call it “journalism”) probably IS a waste of time. But sometimes I can’t help myself. 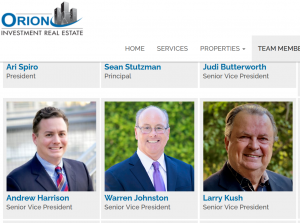 And, just in case you are wondering, Kush IS a developer; as well as a realtor, and vice-president at Orion Investment Real Estate. He also has a somewhat troubled past (civil judgments, bankruptcy, tax liens, fined for selling real estate without a license, etc). Yet he spent several years on Scottsdale’s Planning Commission as Virginia Korte’s nominee.

Kush had no more business being on that commission than Prescott “Recusal” Smith, maybe less so. Larry was no public servant, and certainly wasn’t representing the interests of anyone other than himself and his developer friends.

And his comments above continue to follow whatever narrative supports that goal… including labeling his critics as racist.