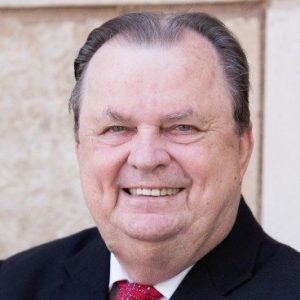 Larry Kush just can’t help himself. After another bloviation from him in the so-called Independent, he once again took me to task for criticizing him for advocating for elimination of single-family zoning. I memorialized the thread here, in case the censors at the Independent decide to nuke it.

Kush: Actually the Biden administration is saying the same thing with their housing plan in which they are suggesting the elimination of single family zoning as the only way to truly integrate white neighborhoods

Me: So you support federal pre-emption of local control, Larry? How remarkably liberal of you! I have to laugh at you and Jason preaching from on high in your HOA-controlled communities.

Kush: Actually I have built homes that health care workers live in. Plus several Habitat for humanity homes. How about you? Your contribution has been??

Me: I love how you deflect and change the subject when your stupid rhetoric is laid bare. But sure, I’ll bite. First, show me those healthcare worker homes of which you speak.

Kush: As I like to say I don’t have the time or enough crayons to explain this to you, Just to say that in my career I have build more than 2000 homes in arizona and california, usually entry level. Many were for health care workers to include a nurse named Wanda Starns (god rest he soul) who was murdered at Tatum Ranch. And you have done what of consequence again other than pick holes at others?

Me: Your insulting and deflecting answer puts the lie to your assertion. I say again, show me the homes pertinent to this discussion. 2000 is a big number. Surely you remember at least a handful of addresses? In Scottsdale?

Kush: why so you can harass them also? Kush out

Me: Yeah, that’s what I thought. BTW, as I recall, Starnes’ murderer targeted her because he worked for the builder, and had worked at Starnes’ house. So, like… your employee killed her? If so, I can see why that one would stand out for you. Not a great way to bolster your argument, though.

Kush: Wow bad memory Not my employee. I’m starting to understand why you were kicked off the airport commission

Me: Well it was 30 years ago. Do you remember his name? I’ll think of it in a minute. And at least I spelled Wanda’s name right, so I’m one up on you there.

Me: It was “Lowery” or something. Maybe “Larry.”

It bugged me for a couple of days, but I finally remembered: “Laird.” Kenneth Laird.

With that tidbit and a little help from Google:

Around noon on September 2, 1992, Laird ran away from his mother’s home in north Phoenix, and rode his bicycle to the victim’s home in Tatum Ranch. Laird was familiar with the home because he and his stepfather had graded the yard just the month before…

So, Laird may not have ‘technically’ been a Kush employee. But it sure looks like his stepfather was a Kush subcontractor. So, Kush didn’t ‘technically’ lie, but his parsing of the language only shows how dishonest he is.

Regardless, the discussion about a vicious murder is (maybe by Kush’s misguided intent) a distraction from Kush’s inherently false zoning propaganda. Let’s look a little closer at that.

First of all, the victim’s home which Larry claims to have built, is a single-family home, not multi-family like the projects for which he is shilling. It was single-family by zoning, but also by the covenants, codes, and restrictions (CC&Rs) of its community association.

Second, the home is in far north Phoenix, some might say Cave Creek. When built thirty years ago, it was not even close to anyplace the victim might have been employed. So, not “workforce housing.”

Third, while I don’t have immediate access to historical records about property values and home sales at the time of the crime, Tatum Ranch is currently seeing $282/square foot prices, versus, $245 average for the metro Phoenix area. That’s well above market. I’d guess the ratio was similar when Tatum Ranch was built out. Not what I’d call “affordable housing.”

Furthermore, Larry’s unwillingness to share location info about building such housing even after bragging about it, tells me that most of his noble home building work was actually done in gated and/or heavily restricted (think “HOA”) communities which are far beyond the financial reach of those working folks he now claims to champion. His definition of “healthcare worker” seems limited to doctors, and certainly does not include custodial staff, orderlies, etc.

In a way, I feel sorry for Larry’s co-workers at Orion Investment Real Estate, and those of his friends who signed up for his fraudulent Facebook group (like erstwhile city council candidate, Tim Stratton). Maybe they aren’t frauds like Larry. But then again, maybe they think his fraudulence is just useful enough that they want to stick with him. Who knows?

This ‘discussion’ (if you can call it that) with Larry reminds me of my favorite political story:

A small town newspaper (in Louisiana, as I recall) had characterized a local candidate as having a police record for assault. The candidate protested and threatened to sue for defamation, unless the paper immediately printed a retraction. Which they did the next day. It read (and I paraphrase),

“Upon further research, we find we owe Mr. Candidate an apology and we retract our statement that he had been charged with assault. He was ACTUALLY charged with attempted murder.”

And Then Came the High-Rises